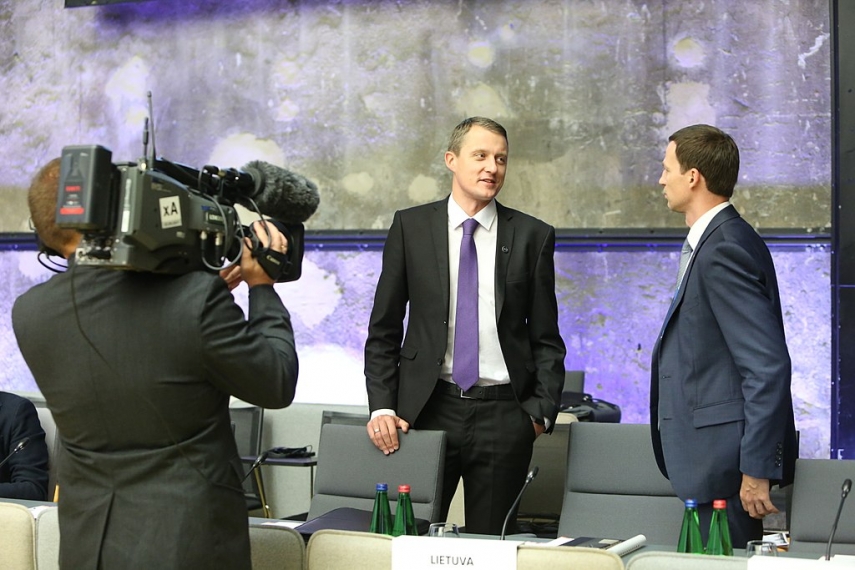 VILNIUS - Lithuania will turn to some foreign countries in an effort to recover the amount of a record-high anti-trust fine of around 42 million euros, including interest, from Russia's gas giant Gazprom.

The Lithuanian government decided on Wednesday turn to some foreign countries and evaluate the assets Gazprom holds there, Energy Minister Zygimantas Vaiciunas said.

"The first step was to look at whether there are any Gazprom assets in Lithuania. Obviously, there aren't. Today it was decided to trigger the second step, which is turning to foreign states," he told reporters after the Cabinet's meeting.

Vaiciunas said that the Energy Ministry has a month to consider potential countries where Gazprom holds assets and to submit recommendations to the Cabinet.

The minister said he did not want to predict when the fine could be recovered.

The Competition Council slapped Gazprom with a 35.651-million-euro fine, the largest anti-trust fine ever in the country, in October 2014. A bailiff's firm was tasked with enforcing the payment after the Russian company missed a deadline for paying the fine. Almost 6 million euros in interest has since accrued, bringing to 42 million euros the total amount of money that the Russian gas giant owes Lithuania.

The competition authority stated in June 2014 that Gazprom's refusal to negotiate with Lietuvos Energijos Gamyba (Lithuanian Energy Production), formerly known as Lietuvos Energija (Lithuanian Energy), on a natural gas exchange deal in 2013-2015 prevented the Lithuanian company from purchasing cheaper gas from another supplier and thus breached conditions tied to the regulator's 2004 approval of the Russian company's acquisition of a 34 percent stake in the-then Lietuvos Dujos (Lithuanian Gas).