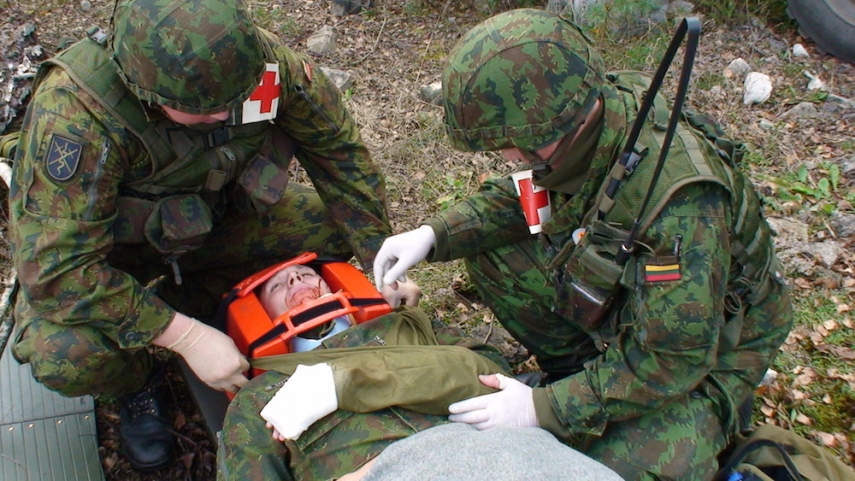 Lithuania’s State Defence Council decided on March 14, 2016, that mandatory initial military service should be permanently reintroduced in the country, rather than for just five years.

“The State Defence Council has decided (...) that conscription to mandatory military service should be conducted indefinitely, not on a permanent basis, - annually, for example,” presidential adviser Valdemaras Sarapinas told journalists after the meeting.

The decision was taken unanimously. Among those in support was Defence Minister Juozas Olekas whose initial stance was not to rush the decision.

The final decision on the reintroduction of mandatory initial military service are to be made by the parliament by adopting relevant changes to laws and other legal acts.

Chief of Defence, Lieutenant General Jonas Vytautas Zukas, said the increased numbers would lead to the growth of the armed forces to 24,000 troops by 2021,  in addition to 30,000 people in active reserve.

Olekas expressed hope that volunteers would comprise of the majority of troops in mandatory service. In his words, conscription is in progress for merely a few months this year, and more than two thirds of the recruits have come forward voluntarily.

"We hope that not part of them, but 100 percent will be volunteers […] I believe there will be more volunteers than we're able to accept," he said.

He also noted that the presence of troops in military units has increased by 70 percent since the reintroduction of the conscription scheme in 2015.

The State Defence Council also decided to earmark an additional of at least 150 million Euros in the 2017 budget for defence purposes. For 2016, the defence budget is 575 million Euros.

The council also endorsed the draft military strategy, which is the 4th military strategy in Lithuania’s 26 years of independence. It accentuates new tasks for the armed forces, and provides a new definition of the Lithuanian security environment and principles of defence policies.

In Zukas' words, the approval of the strategy will allow having a new military doctrine.

In 2015, politicians decided to resume the conscription scheme for five years.

Olekas said that the decision on the permanent reintroduction of recruitment should be based on an analysis of the number of professional troops available to the armed forces. Meanwhile, the chief of defence was in support of a mixed army consisting of both recruits and professionals.

Consisting of the president, the prime minister, the parliamentary speaker, the defence minister and the chief of defence, the State Defence Council discusses and coordinates key issues regarding national defence.