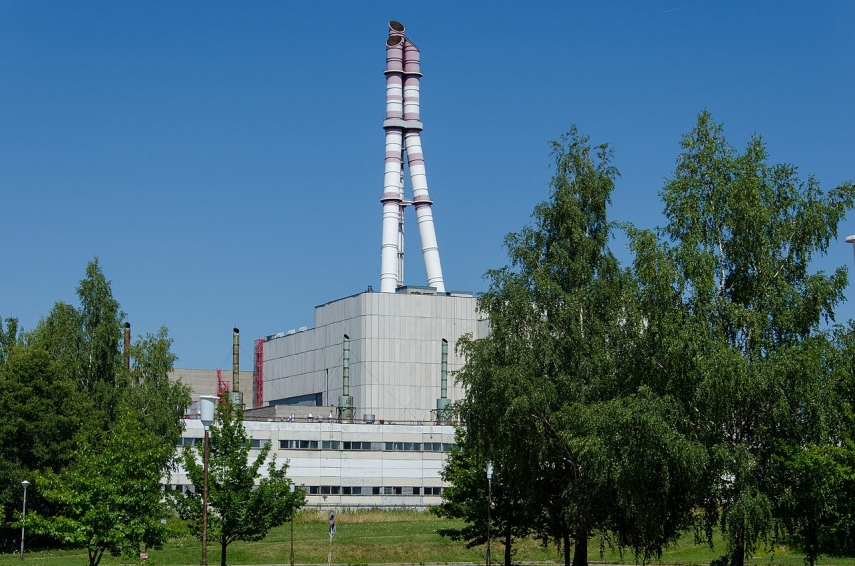 VISAGINAS - Visaginas' modest railway station greets travelers in the middle of a forest and it takes some time to find out which way the town is after getting off the train.

Located amid pine woods and lakes in the eastern part of Lithuania, the Soviet-era nuclear plant town is surrounded by nature of exceptional beauty. Locals sometimes joke that everyone has a lake there.

The town was built 44 years ago for workers of the now-shutdown Ignalina Nuclear Power Plant. Most of its residents are Russian-speakers. If it weren't for street names, various signs or shop names, you wouldn't think you are in Lithuania.

Few locals speak Lithuanian. The massive Soviet-built municipal building is the only place where the Lithuanian language prevails.

A tourist who doesn't speak Russian may have difficulty calling a taxi, asking for directions or getting other information.

Before 2010, the Ignalina NPP generated the bulk of Lithuania's electricity. The plant's closure deprived the town of what was written in its DNA

In recent months, however, Visaginas has been experiencing a kind of renaissance, boosted mostly by HBO's "Chernobyl" miniseries.

Shot in the capital of Vilnius and at the Ignalina plant, the popular miniseries has fueled interest in nuclear tourism. The facility is now having difficulty coping with the influx of visitors who want to see Ignalina's RBMK nuclear reactor, the same type as the one that exploded in Chernobyl in 1986.

Visaginas Mayor Erlandas Galaguzas says tourist numbers have soared since the miniseries was aired, which has proved a big challenge for the town.

"I can't say we are ready for that flow of tourists. We have to think about how to attract tourists not only to the nuclear power plant itself, but also to make them stay in our town," he says.

Although the cost of a tour of the plant is not cheap, nearly 60 euros, the facility is fully booked up to the end of the year.

Service, thinks the Ignalina nuclear facility's fate is inseparable from that of the Chernobyl plant. According to her, the situation changed radically in the wake of the nuclear disaster, and Lithuania committed itself to shutting down its Soviet-built plan as a condition of its EU membership,

Galaguzas agrees that the 2010 closure of the plant delivered a huge blow to the town of Visaginas.

"Yes, it was a huge blow and the future was dim and uncertain," the mayor says, adding that the town is now coming to terms with reality.

"Things have somewhat settled down. We're all used to the nuclear plant generating no electricity and no money," he said.

Galaguzas notes, however, that Visaginas will not lose its nuclear identity for many years to come. Although decommissioned, the plant will continue to exist as a nuclear location for hundreds of years. The complex is to be razed to the ground in 2038, but there will still be companies that will take care of buried nuclear waste.

The success of the HBO miniseries and growing tourist flows have helped Visaginas to find a profitable vein to exploit.

Galaguzas, who had himself worked at the Ignalina plant for years, says the town is determined to tap into that vein and further develop nuclear tourism.

"We're quite realistic about tourism. We'd really like to work in that direction. We're a unique town in terms of nuclear tourism, so we'll probably stay in this area and try to develop it," he said.

"We're planning on setting up an innovative information center that would give info on how things went during the operation and dismantling of the plant."

New investments, such as a new factory that is being built by the international medical device producer Intersurgical in Visaginas, is expected to give a fresh boost to the town, too.

The new facility is to be launched next year, with plans to employ about 200 people initially and increase the workforce up to 1,500 in the future.

Galuguzas says Visaginas is already in talks with other potential investors.