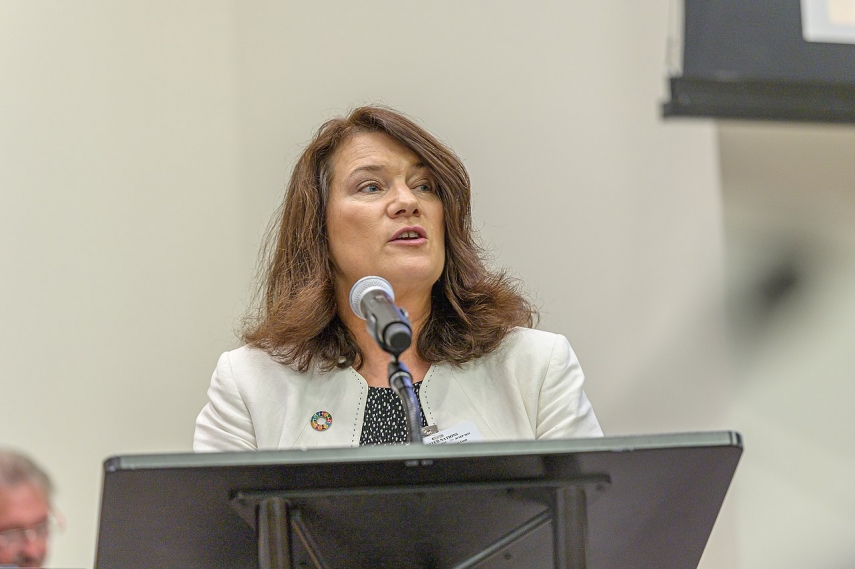 "At the meeting, the Foreign Ministers discussed challenges to European security related to a build-up of Russian military forces Russian near the border with Ukraine and in Belarus, the importance of the Euro-Atlantic ties in defending the European security order and democratic values," the ministry said in a statement.

Landsbergis and his Swedish counterpart discussed NATO and allies' contacts with Russia, processes of military integration between Russia and Belarus, a possible impact on the European security architecture and the Baltic region's security and defense needs.

The Swedish and Lithuanian foreign ministers agreed that the countries would continue to support the EU's common policy towards Russia and highlighted the need to continue the sanctions policy.

The meeting with representatives of the Swedish parliament focused on security policy threats arising from Russia’s actions and the situation in Ukraine. The participants of the meeting agreed that the main response to these threats were the united and principled Nordic-Baltic and transatlantic positions. Representatives of the Swedish Parliament also expressed support for Lithuania in the face of the Belarusian regime's hybrid aggression and stressed the continuation of the EU sanctions in response to the hostile actions of the Belarusian regime, the ministry said.

The meetings with the Swedish representatives also discussed China's political and economic pressure on Lithuania and the EU as a whole. Sweden expressed its support for Lithuania, which was experiencing China's pressure and for the EU’s decision to refer China to the World Trade Organization for its actions. Landsbergis noted that China’s violations of the international law were not only an attack on Lithuania, but also on the EU's single market as a whole, and, therefore, a common EU response was needed.

In Stockholm, Landsbergis also met Swedish security policy experts at the Embassy of Lithuania in Sweden. The meeting focused on relations between Lithuania and Sweden in the field of security, as well as security threats faced by the two countries.

On Monday, Landsbergis also visited Finland where he discussed the existing security situation with his Finnish counterpart.

Landsbergis' meetings with his Scandinavian counterparts came amid rising tensions over Russia's military buildup near Ukraine's borders where the Kremlin has more than 100,000 troops and military equipment, with fears in the West that a major military conflict might break out in Europe.