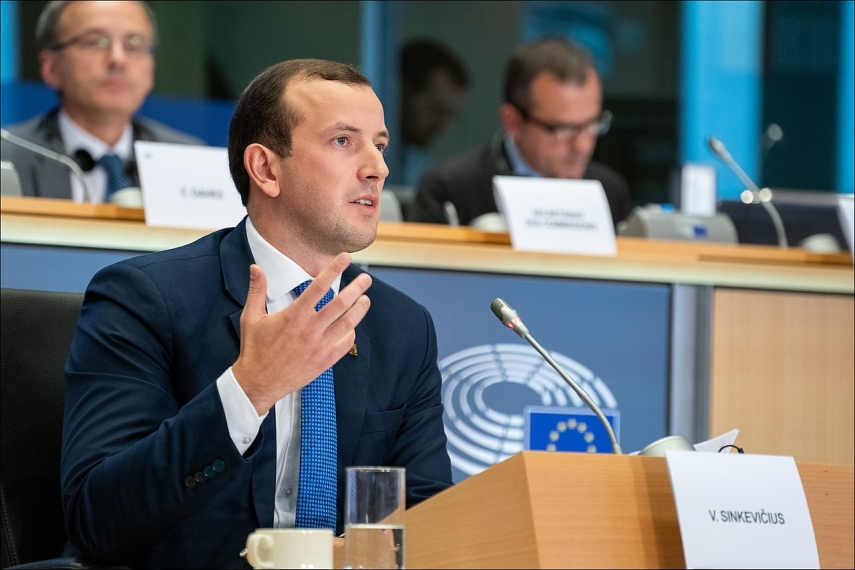 VILNIUS – Ukraine's war-battered industry can only be saved by helping it to keep going, Lithuania's European Commissioner Virginijus Sinkevicius said on Wednesday, commenting on the European Commission's "unprecedented" move to suspend import duties on all products from the country.

"EU support and loans to Ukraine are necessary, but the only way to save the industry is to make it possible for it to operate and trade," Sinkevicius told BNS.

"We already know whose products we must not buy. It is time to help our friends by buying," he added.

The commissioner for environment, oceans and fisheries said that "Russia is getting stuck at every turn its attempt to devastate Ukraine".

The EU's executive body proposed earlier on Wednesday to suspend for one year import duties on all Ukrainian exports to the bloc in a bid to help the country's economy survive Russia's military aggression.

"Russia has provoked the unprecedented move by the European Commission by blocking Ukrainian seaports and trade routes," said Sinkevicius.

Brussels' proposal comes a day after Britain announced it was scrapping all tariffs on Ukrainian goods and has yet to be approved by the European Parliament and the bloc's 27 member states.

According to Eurostat, the bloc's bilateral trade with Ukraine hit a record high of 52 billion euros in 2021.