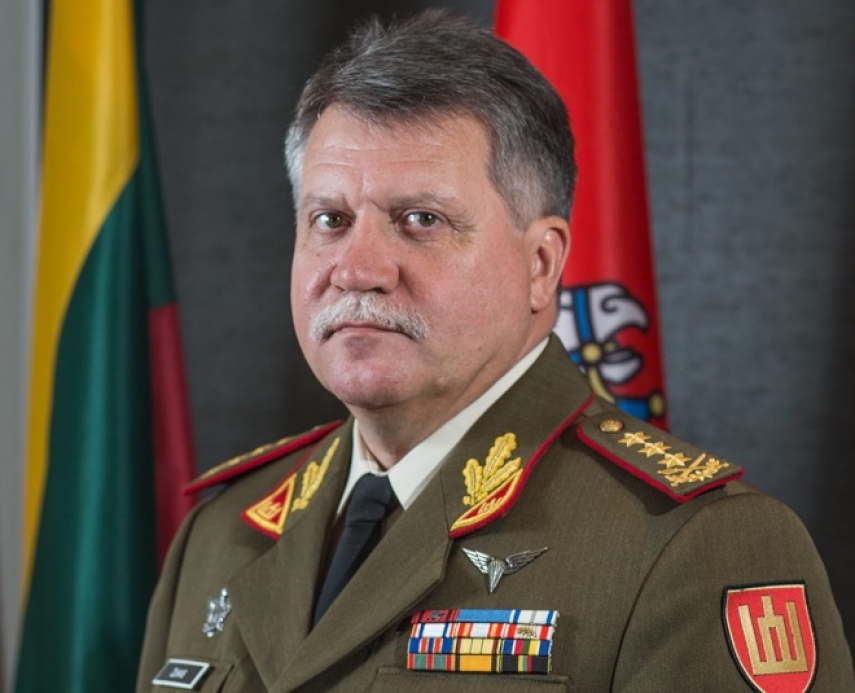 VILNIUS - Lithuania's Chief of Defense Lieutenant General Jonas Vytautas Zukas has left for Brussels to take part in meetings of the EU and NATO Military Committees.

EU's chiefs of defense will meet on Tuesday to "discuss the NATO-EU cooperation, EU military operations in the Western Balkans, off the coasts of Somali and Libya, training missions, the concept of the Single European Sky, development of military capabilities and military financial instruments of the community," the Lithuanian Armed Forces said in a press release.

A new director general of the EU Military Staff is planned to be elected.

The NATO Military Committee's session will open on Wednesday with a meeting with NATO Secretary General Jens Stoltenberg, who "will provide an overview of the political context and key strategic issues currently facing the Alliance", according to the press release.

NATO's chiefs of defense will later discuss "the way ahead for the NATO Deterrence and Defense Posture and enablement of the Supreme Allied Commander Europe (SACEUR) area of responsibility".

The chiefs of defense will be briefed on the current security situation and the latest developments in Ukraine, and will discuss prospects for cooperation.

"At the meeting with their colleagues of the Mediterranean Dialogue countries, they will discuss stability initiatives and defense capacity building in the Middle East and North Africa," the military said.