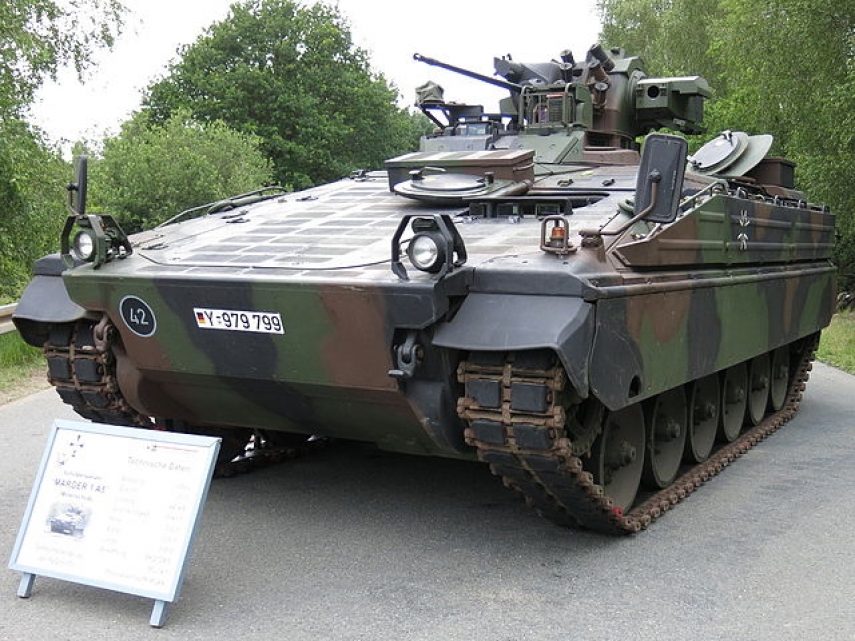 According to Zukas' agenda for Jan. 15, he took part in a presentation of perspectives of buying the crawlers.

Spokesman for the Lithuanian chief of defense told BNS that the presentation was provision of information only, "with no plans to purchase new armored vehicles at the moment."

"The chief of defense was briefed on the results of an earlier meeting with manufacturers of the Marder infantry fighting vehicles," said Major Mindaugas Neimontas.

In 2016, the Defense Ministry signed a contract on purchase of German-made infantry fighting vehicles Boxer. The first two training machines arrived in Lithuania last December. The vehicles in Lithuania will be titled Vilkai (Wolves).

All in all, Lithuania is buying 88 wheeled armored vehicles that will be provided to the army's two battalions in Rukla and Alytus.

The chief of defense has said Lithuania's army needed both wheeled and crawler infantry fighting vehicles.