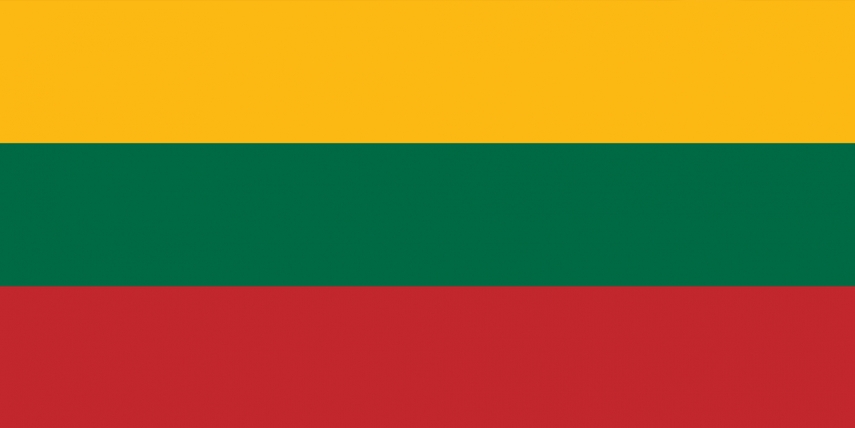 The members of the new Cabinet include Kestutis Navickas, chairman of the Coalition of Lithuanian Environmental Organisations, as environment minister; Zygimantas Vaiciunas, Lithuania's former energy attache in Brussels, as energy minister; and Vilius Sapoka, a former director of the Financial Services and Markets Supervision Department at the central Bank of Lithuania, as finance minister.

Raimundas Karoblis, a diplomat who held the position of deputy foreign minister in the outgoing government of Social Democratic Prime Minister Algirdas Butkevicius, has become the next defense minister; and Liana Ruokyte-Jonsson, an actor, translator, and cultural diplomat, earned the job of culture minister.

Linas Kukuraitis, a social science expert who now heads the charity organisation Caritas of the Roman Catholic Archdiocese of Vilnius, was appointed as social security and labour minister; and outgoing Energy Minister Rokas Masiulis, an economist by profession, was given the post of transport minister in the new coalition government.

Aurelijus Veryga, a professor of biomedical sciences and a member of the new Seimas, was approved as health minister; Jurgita Petrauskiene, former director of the research and higher education monitoring and analysis centre MOSTA, as education and science minister; and Mykolas Romeris University professor of law Milda Vainiute as justice minister.

Linas Linkevicius, a Social Democrat, will remain the  foreign minister for a second consecutive term in office.

Other members of the new Cabinet include Mindaugas Sinkevicius, a Social Democrat who has held the position of mayor in the central Lithuanian district of Jonava since April 2011, as economy minister; Eimutis Misiunas, a judge, as interior minister; and Bronius Markauskas, a farmer and former chairman of the Lithuanian Chamber of Agriculture, as agriculture minister.

The Cabinet is made up of 11 ministers proposed by the Lithuanian Peasant and Green Union and three proposed by the Social Democratic Party, however, the majority of the new government's members are not affiliated with any political force.

Earlier in the day, the Lithuanian parliament endorsed the programme of the new coalition government. Titled Sustainable Lithuania, the programme was passed in a vote of 86 to three with 40 abstentions.

Among those against the programme were opposition conservatives and the Liberal Movement, while another opposition party, the Order and Justice, was divided — three of the party's members backed the programme in the vote, while three abstained. Those in support were the Peasant and Green Union, the Social Democrats, the Electoral Action of Poles in Lithuania-Union of Christian Families, and members of the mixed group.

The 17th government's programme gives a special focus on social issues, such as complete support for the family, the promotion of child adoption, the protection of children's rights, the fight against violence, and pro-birth policies.

The government also pledges to make efforts to reduce alcohol and tobacco access, to seek increased responsibility for corruption crimes, and to cut down on the number of state institutions.

It also proposes to move parliamentary elections from autumn to the start of the year, to legalise dual citizenship and electronic voting, to relocate the ministries for environment and agriculture to Kaunas, and to prohibit parliamentarians from holding ministerial posts.

Parliamentary opposition parties have criticised the programme as too vague and say that it does not include a significant part of the coalition parties' pre-election promises, lacks political leadership, and fails to set a clear direction for the new government.