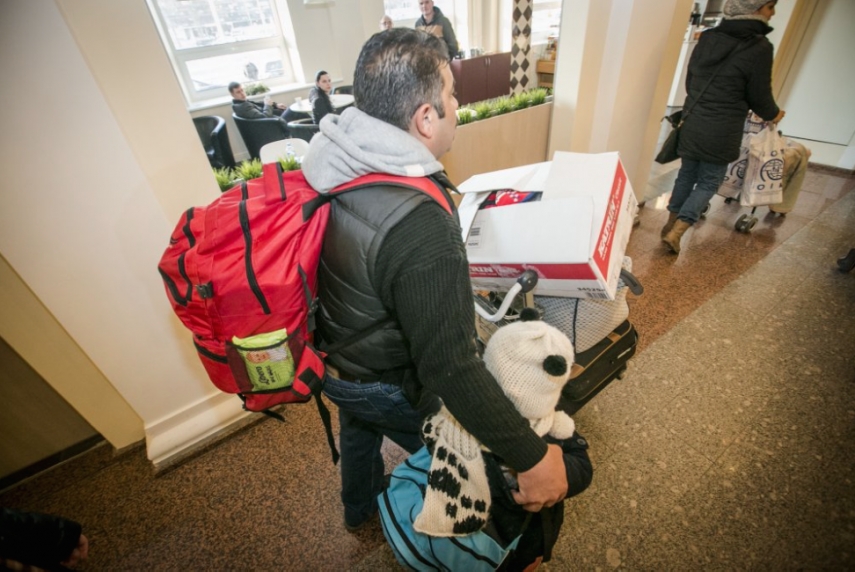 NEW HOME: The first refugee family arrives in Lithuania as part of the EU’s resettlement program. They will be living in Rukla.

VILNIUS - The first family of Iraqi refugees arrived in Lithuania on Tuesday afternoon under the European Union’s resettlement program.
This makes Lithuania the first of the three Baltic states to take in refugees under the EU program guidelines. The country has pledged to take in 1,105 refugees from Syria, Iraq, and Eritrea over the next two years. Refugees would be relocated from Italy and Greece, an initiative to help these two Mediterranean countries deal with the influx of migrants caused by instability in the Middle East and Africa.

The young Muslim family, relocated from Greece, arrived in Lithuania by plane from Frankfurt.
The father attended a management school and has experience working in the management and construction fields, and the mother has not worked at all. The family speak English. They arrived in Europe earlier this year.
“I would like to go to any country that would defend me against threats to my life and defend my family,” the man told journalists at the Vilnius Airport, refusing to specify his first and last name.

He said his family was tired after their long journey, adding they had to leave Iraq due to persecution on religious grounds.
The family was welcomed by staff of the Rukla Refugee Center, including director Robertas Mikulenas. The family boarded a minivan and left the airport.
They will first of all be placed in Rukla, the Jonava district for the initial three-month integration process, followed by integration in an assigned municipality.
Interior Vice-Minister Elvinas Jankevicius has said no more refugees were expected in Lithuania by the end of 2015.