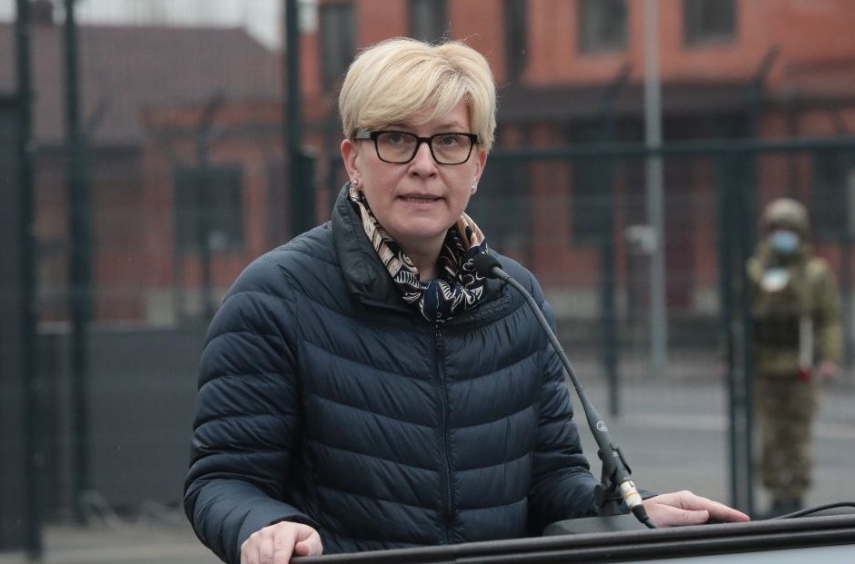 VILNIUS – Lithuania is ready to counter Russia’s potential hybrid attacks, Prime Minister Ingrida Simonyte said on Wednesday adding that respective measures had been taken even before Kremlin’s invasion of Ukraine.

“I’ve been saying since the very beginning of this episode of military invasion in late February that, when assessing Lithuania’s security situation, we first of all assess the probability of various hybrid measures that might be taken by Russia on its own or together with Belarus,” she told a news conference in response to an earlier warning by Rustamas Liubajevas, commander of Lithuania's State Border Guard Service, that Russia might trigger an influx of illegal migrants to the EU's eastern countries in retaliation for the existing sanctions imposed over its invasion of Ukraine.

“We all know very well what is included in Kremlin’s textbook topics: there are cyber attacks, various attempts to damage IT infrastructure, dissemination of information and, equally, illegal migration, which was tried out by Lukashenko in the middle of last year and in fact has not yet ended,” Simonyte said, speaking about the “methodologies” used by “these regimes in an attempt to create pressure on the countries that are demanding in their assessments and rightly criticize [the regimes] and have their own strong opinions about the actions that are both being carried out by those regime now and have been carried out over recent decades”.

Competent authorities had been taking measures to prevent such threats since the middle of 2021, the prime minister said mentioning in particular the project aimed at strengthening the country’s external border as well as preparations of institutions for work in the context of emergency.

Last year, the West accused the Belarusian regime of orchestrating a hybrid attack when thousands of migrants from the Middle East and Africa started flooding to the EU's eastern border.

More than 4 000 people arrived in Lithuania last year after a sharp increase in the number of migrants trying to cross the border from Belarus.

Almost 10,000 have been refused entry to Lithuania since last August when border guards were given the right to push irregular migrants back. Neighboring Poland and Latvia have also faced an influx of migrants.