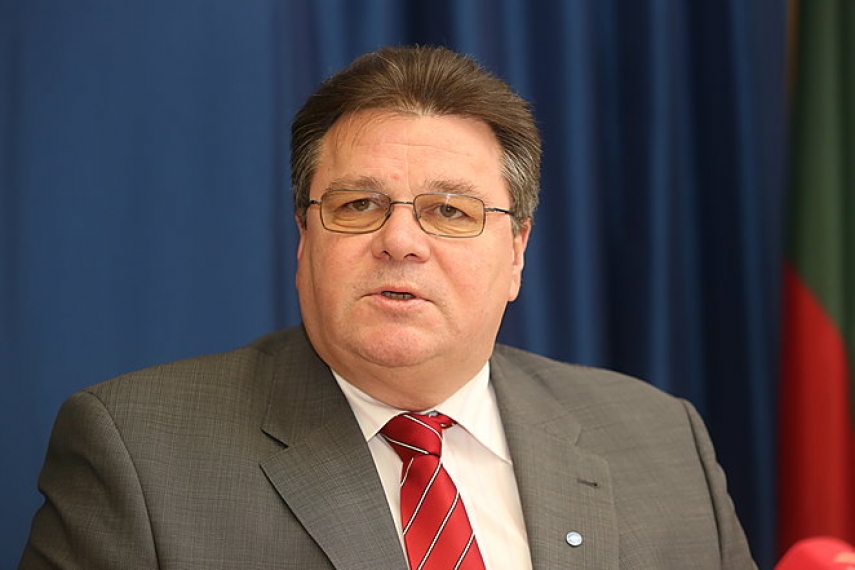 After convening for an extraordinary session yesterday, the EU Foreign Affairs Council has decided to extend current sanctions against Moscow. Further restrictions against Russia will be imposed only if the situation in eastern Ukraine does not improve or deteriorates. Lithuania's Minister of Foreign Affairs Linas Linkevicius called the decision an optimal one.

The European Union extended restrictions, asset freezes and visa bans on certain officials from Russia and Ukraine until September 2015.

Federica Mogherini, High Representative of the Union for Foreign Affairs and Security Policy, told the media after the sitting that in ten days the EU will release a further list of individuals and entities to be included on the "blacklist".

Minister of Foreign Affairs Linas Linkevicius told ELTA news agency that the EU managed to maintain both solidarity and decency. He said that Brussels has still not dismissed the possibility of imposing sectoral economic restrictions on Russia in the future.

"The main decisions have been made over a package of sanctions which had to be in force until March," the minister said. "Work will continue regarding all the other measures so that provisions of the Minsk Protocol are implemented. These other measures are sectoral sanctions and other necessary actions. The work will not be stopped and it has not been blocked".

The EU first imposed sanctions against Russia after it annexed Ukraine's Crimea peninsula in March last years. Sanctions were extended last July after pro-Russian separatists were suspected of downing a Malaysia Airlines passenger aircraft. Currently, 132 people and 28 enterprises from Russian and Ukraine appear on the EU "blacklist".