Lithuania expects UK to continue its 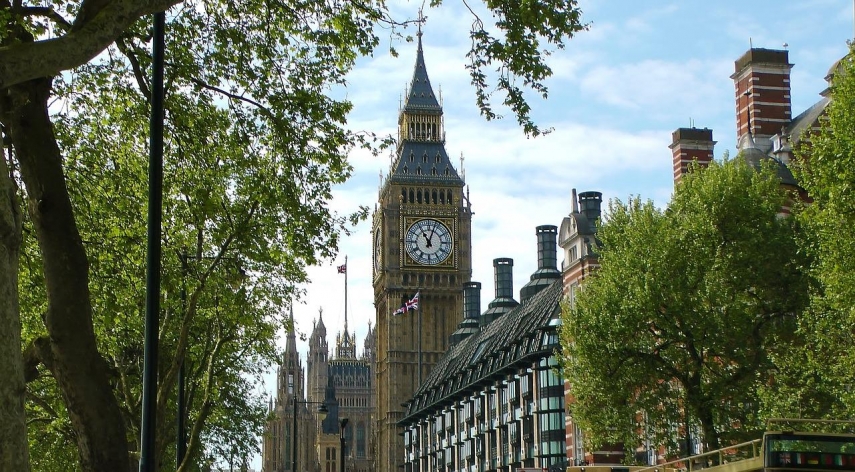 VILNIUS – Lithuanian Foreign Minister Gabrielius Landsbergis told UK Minister of State for Europe Graham Stuart on Tuesday that he expects London to continue its "principled policy" of supporting Ukraine and backing sanctions against the Russia and its ally Belarus.

"The UK has shown leadership in providing political, military, humanitarian and financial support to Ukraine, as well as imposing sanctions on the aggressors – Russia and Belarus. I have no doubt that the UK will follow such a principled policy also in the future," Landsbergis said in a press release after meeting with Stuart in Vilnius.

The meeting focused on the support and reconstruction of Ukraine, response to Russia's military aggression against Ukraine, the global food crisis, the sanctions policy and bilateral cooperation, according to the Foreign Ministry.

Landsbergis underlined the need for the West to continue its policy of comprehensive support for Ukraine and to keep up the pressure on Russia to end its military aggression against Ukraine, an independent and sovereign European country, it said.

The vice-minister reaffirmed Lithuania's plans to send 30 instructors, two rotations of 15 officers each, to the UK to provide basic training for military personnel from Ukraine.

"European countries' position and support to Ukraine must be coordinated," Abukevičius said in the press release. "We support the UK initiative."

"It is good that the British have started to coordinate the basic training of Ukrainian troops, and we will send a total of 30 instructors to the UK," he said. "This complements Lithuania's efforts to train Ukrainian troops in Lithuania, with as many as four such courses currently underway in our country."

At the meeting, Abukevičius also underlined the importance of the UK-led Joint Expeditionary Force (JEF), the Defense Ministry said, adding that Lithuania sees the high-readiness combat unit as one of the first responses to any crisis.

According to the vice-minister, it is important that the JEF's focus and priority remains on the Baltic Sea region. The force's units could also be used for NATO Article 5 operations.

Speaking about Russia's war against Ukraine, Foreign Minister Landsbergis noted that Tuesday marks 83 years since the singing of the Molotov–Ribbentrop Pact, which he called "one of the most shameful documents in modern European history".

"It is horrible that history repeats itself," the Foreign Ministry quoted the minister as saying in the press release. "We are witnessing a war in Europe against a country that wants to live in a free and democratic Europe."

The UK is one of Ukraine's main supporters, having provided military aid worth almost 300 million euros to the country. London plans to supply Kyiv with more multiple-launch rocket systems and precision-guided missiles capable of hitting targets at a range of up to 80 kilometers.

In response to the situation in Ukraine and a request from Lithuania and Latvia, the UK deployed the Standing Joint Force HQ (SJFHQ) in the Baltic countries in May.

Throughout the month, the SJFHQ conducted exercises to test and reinforce communication channels to ensure a rapid and unified response to threats and hybrid actions in the Baltic Sea region, according to the Defense Ministry.