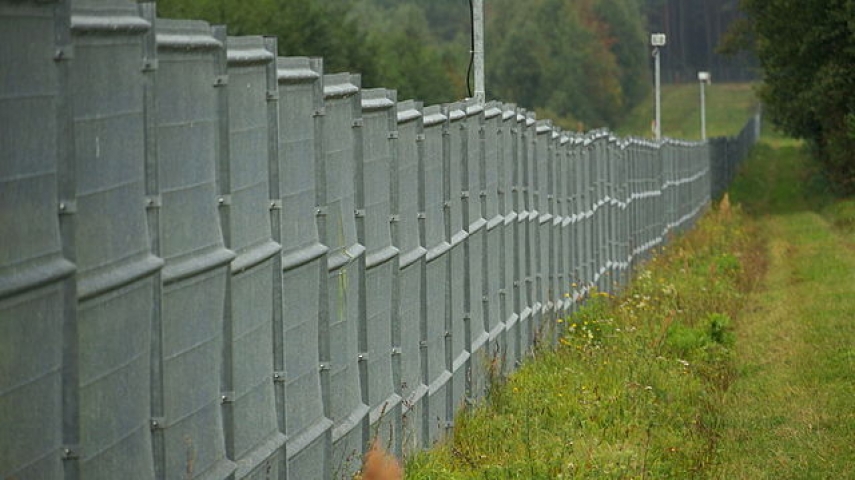 VILNIUS – The Lithuanian Interior Minister expects a physical barrier of over 500 kilometers along the border with Belarus to be completed in just over a year, by September 2022, with up to 152 million euros to be earmarked for the project.

A government resolution drafted by the ministry sets out the specific details, such as the requirement that the protective fence topped with concertina wire should be at least four meters high. Additionally, razor wire will be put up along the fence.

The Cabinet is expected to discuss the draft resolution on Monday.

The construction of the fence, estimated to cost up to 152 million euros, will be given a high priority, meaning that all ministries and other institutions involved in the project will have to deal with all issues related to it on a fast-track basis.

The State Border Guard Service (VSAT) will manage all of the structures and facilities comprising the physical barrier during the execution of the project and on its completion.

The draft resolution does not name the company that will carry out the construction work, but Prime Minister Ingrida Simonyte has said that it will likely be done by an enterprise of the state-owned energy group Epso-G.

Gediminas Mazeika, CEO of Tetas, an Epso-G subsidiary that builds industrial buildings, power sub-stations, power lines and special power plants, has confirmed to BNS that the company would be able to implement the project.

An inter-institutional commission is planned to be set up to oversee the work. It will be made up of members of the Cabinet, the VSAT chief, the head of the State Territorial Planning and Construction Inspectorate, and a representative of the company implementing the project. Members of the parliamentary committees on audit and on national security and defense could participate in the commission's activities as observers.

Independent experts and representatives of other institutions and bodies could be bought in when needed.

The commission, among other functions, will have to clear purchases worth over 214,000 euros for goods and 5.35 million euros for works. It will also have to inform the Cabinet at least once a month on the progress of the project and make proposals.

Lithuania has decided to build a physical barrier on the border with Belarus in the face of a surge in illegal migration via the neighboring country in recent months.

Over 4,100 irregular migrants have crossed into Lithuania from Belarus illegally so far this year, compared to 81 in all of 2020.

Lithuania has declared a state-level extreme situation over the migration influx which it says is being orchestrated by the Belarusian regime.