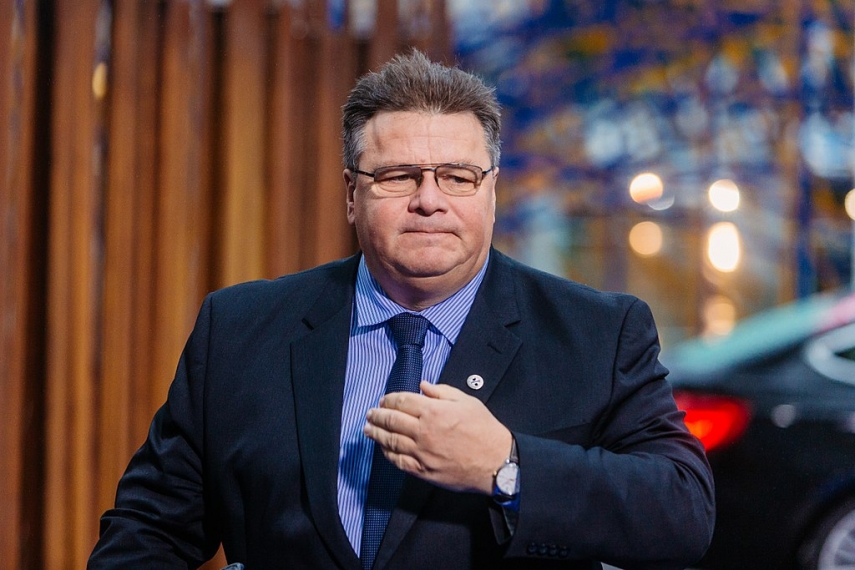 VILNIUS – Russian presidential elections were not free or democratic, says Lithuania's Foreign Minister Linas Linkevicius, adding that the country's future relations with Lithuania would depend on the course chosen by the Kremlin.

"We do not consider them free and democratic by the use of administrative resources and the control of the whole thing. We do not recognize the elections in Crimea, they were illegal and violated Ukraine's territorial integrity. The elections took place on the day of Crimea's annexation – the choice of the date was not a coincidence," the minister told BNS on Monday.

Linkevicius also noted that Russia had blacklisted a Lithuania-registered International Elections Study Center on the eve of the elections, which, “indicates unwillingness to see impartial assessment of the process.”

"We should wait and see the course – will they continue the confrontation and the show-off of military power or search for ways out of the deadlock Russia is in and shift the focus to investments and technologies, as Putin said in his annual address. Speaking about what will happen after the elections is too early, and the earlier developments are hard to be viewed in positive light," said Linkevicius.

According to official reports, Russia's President Vladimir Putin was supported by 76 percent of the voters in presidential elections amid voter turnout of 67 percent.