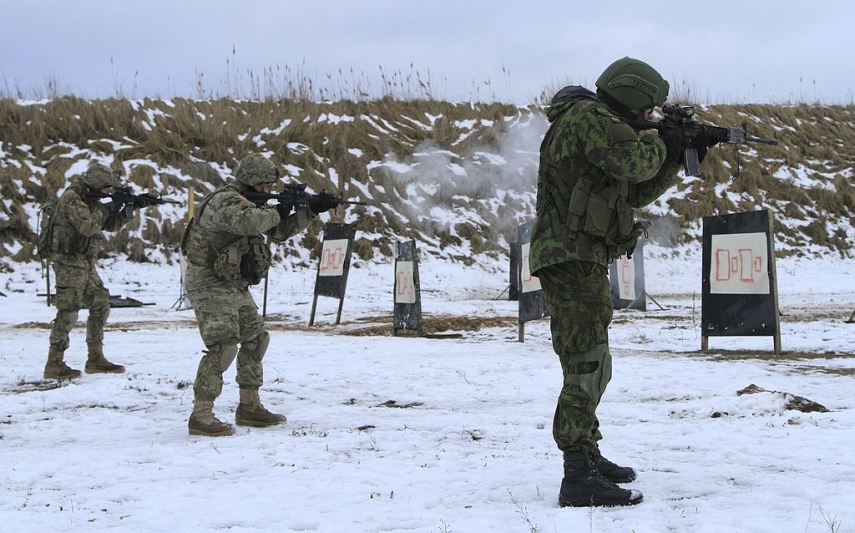 VILNIUS – Lithuania will mark the 1st anniversary of the deployment of the NATO enhanced Forward Presence Battle Group in Rukla, eastern Lithuania, on Monday.

During the official ceremony at the Jonušas Radvila Training Regiment, troops from Germany, the Netherlands, Norway, Croatia and France as part of the battle group currently deployed in Rukla and Lithuanian platoon will line up on the parade area for a change of command.

The first troops to deploy on the ground in Lithuania in January 2017 were the allied from Germany, the country leading the NATO eFP Battle Group. They were later joined by other contributing nations' troops from Belgium, Croatia, Luxembourg, the Netherlands and Norway. At the beginning of 2018, France also deployed its troops to strengthen capabilities of the NATO eFP Battle Group in Lithuania.

A total of 1,200 troops currently serve in the NATO battalion in Lithuania.

The deployment of the NATO enhanced Forward Presence in Lithuania, Latvia, Estonia and Poland is a historic decision in response to Russia's aggressive actions in Ukraine and boost of military capacity in the region.