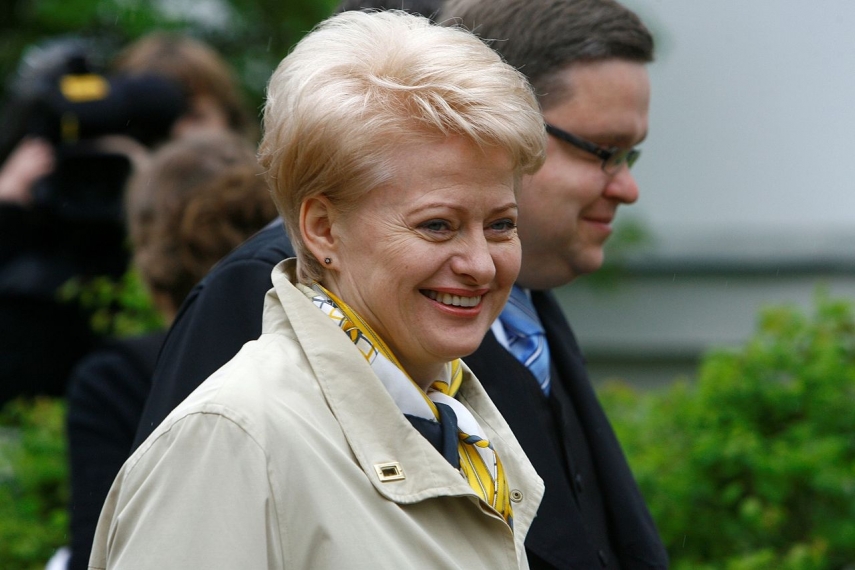 TALLINN/VILNIUS - It is in the common interest of Lithuania and Estonia to secure funding for the European standard gauge railway project Rail Baltica and the electricity grid synchronization with Western Europe in the next EU financing period, Lithuanian President Dalia Grybauskaite said in Tallinn on Monday.

"Preparations are currently underway for the new financing framework. It is in our interest to obtain money for enhancing our electricity grids, perhaps for the development of joint electricity and other energy projects. These are our common interests," Grybauskaite, on a state visit to Estonia, told reporters.

According to the president, it is important both for Lithuania and Estonia to secure funding from other sources after EU financing is reduced.

"After financial support for us -- both Estonia and Lithuania already have 75 percent of the average -- decreases, we will seek to obtain funding from other sources so that we could develop our strategic projects, mostly in energy, transport and security," she said.

EU funds are expected to be provided for completing Rail Baltica and the decommissioning of Lithuania's Ignalina nuclear power plant, and for synchronizing the power grid with the continental European system.

Lithuania's position on the planned grid synchronization through Poland differs from that of Latvia and Estonia, which doubt the possibility of synchronizing via the existing LitPol Link, saying that at least two lines would be needed.

"It would be safer, of course, but we can start with one. In our opinion, at least in our specialists' opinion, it is possible to start with the single (line)," Grybauskaite said in Tallinn.

"It is a matter of technical-level discussions about which option would better ensure the safety of supply synchronization. We are ready to synchronize with the single line," she added.