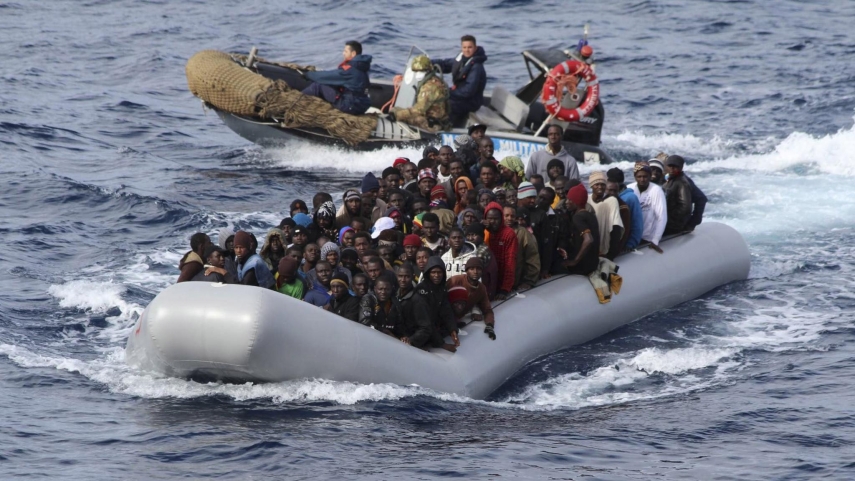 Refugees caught up in the Mediterranean boat crisis [Image: dochas.ie]

Lithuanian president Dalia Grybauskaite has said Lithuania disapproves of the recommended European Resettlement Scheme proposed by the European Commission, and instead supports a voluntary approach surrounding the issue of resettling refugees involved in the Mediterranean boat crisis.

May alone has has seen at least 1,750 people perish while trying to cross the Mediterranean from regions in Northern and Western Africa to European Union member states in Southern Europe.

The EU announced the proposal in mid-May 2015, with the intention of stabilising the crisis.

It is also intended to ensure the distribution of persons needing protection among EU member states.

However, Grybauskaite believes Lithuania already expresses its solidarity with its EU partners, by providing them with humanitarian aid and participating in joint search and rescue missions in the Mediterranean Sea.

“Lithuania has granted asylum to over 400 foreigners,” said Grybauskaite. “Most of whom arrived from Ukraine, Georgia on Russia.”

Lithuania's Prime minister Algirdas Butkevicius echoed Grybauskaite by speaking out against the resettlement.

On Wednesday May 20, the European Commission proposed 710 migrants should be relocated to Lithuania within two years. It suggested 302 be relocated from Italy, and 201 from Greece.

Butkevicius said he feels Lithuania is unprepared to take its quota of proposed migrants.

Estonian prime minister, Taavi Roivas, was also vocal on the issue, and stated Estonia’s proposed quota of 1,064 migrants is too large. In Latvia, the quota is 737.