Lithuania, the first of the centennial neighbours, unleashes celebrations 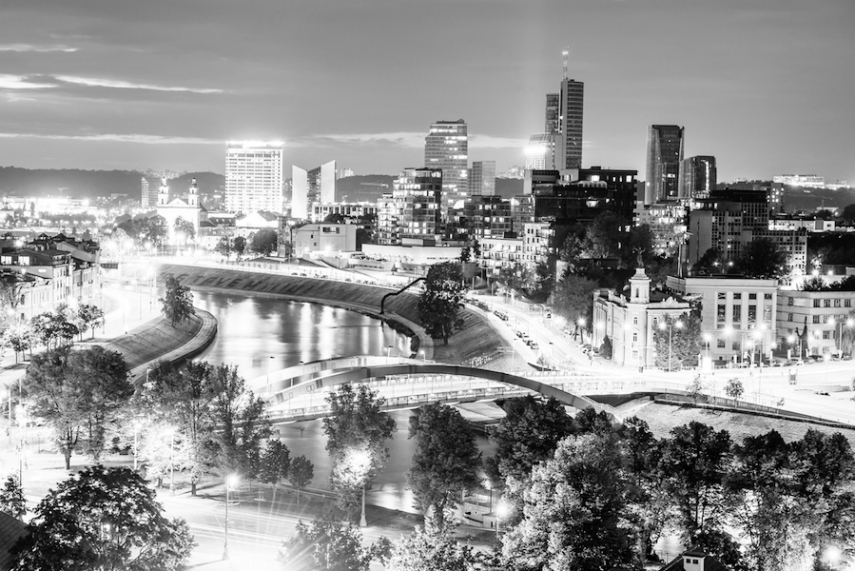 The Baltic Times concludes its three-part Baltic centennial interview series (which has featured the directors of Estonia 100 and Latvia 100) with Neringa Vaisbrode, Head of the Secretariat of Restored Lithuania 100. Vaisbrode is responsible for the coordination of Lithuania’s centennial event celebrations in 2018 when Lithuania celebrates 100 years of restored statehood, whilst Latvia and Estonia will observe 100 years since the founding of their states.

The events of Restored Lithuania 100 aim to unite a nation with its history. The past will be seen not only as a reason to celebrate, but as an inspiration to reflect the historical significance of the past for today and the relevance of the issues of today for the past. The centennial message is that the heroes of today’s Lithuania are each individual in Lithuania and abroad who actively contributes to the building of a 21st-century Lithuania and who knows that their daily efforts have an impact not only on the present, but also on the future of the history of the Lithuanian state and nation. Vaisbrode kindly agreed to answer The Baltic Times questions.

Could you tell us something about the design of the Restored Lithuania 100 logo and why was this title used for the centennial?

The title of the Lithuanian centennial celebrations, Restored Lithuania 100, refers to the fact that on the February 16, 1918 the Act of Reinstating Independence of Lithuania was signed by all 20 representatives of the Council of Lithuania which restored the tradition of Lithuania‘s statehood which dates back to the 13th century. The design of the logo was created by the Lithuanian creative agency, New, and is composed of various elements of the letters in the word Lietuva (the Lithuanian word for Lithuania), thus sending the message that we all can play a part in the centennial. We wished through the adaptable and dynamic logo to show that Lithuania is a forward-moving, contemporary-thinking nation.

What is the allocated budget for the celebrations?

The total funding for the activities of the centennial programme in the 2017 budget is 3.66 million euros. For 2018, institutions have planned a further 7.5 million euros.

What will be some of the major events celebrating Restored Lithuania 100?

The centennial programme has three key strands, namely Learn, Celebrate, and Create. Alongside these strands there are 11 major activities (17 films, nine exhibitions, information campaigns, the Lithuanian Song Festival, the programme for the Feb. 16, 2018 events and the Lithuania to the World programme for celebrations abroad). All centennial activities can be seen on the events calendar at www.lietuva.lt. Key two dates to mark to visit Lithuania are February 16, the key date of the centennial, which will see celebrations taking place all over Lithuania. Another key date is the period from the June 30 to July 6 during which the Lithuanian Song Festival takes place, which will show the vitality of Lithuanian national culture, the love for our homeland and the solidarity of our people. The tradition of the Lithuanian song and dance celebrations has been proclaimed by UNESCO as a Masterpiece of the Oral and Intangible Heritage of Humanity and in 2008 it was inscribed in the UNESCO Representative List of the Intangible Cultural Heritage of Humanity.

A total of 75 events will mark the centennial abroad. Major events will include the exhibition Symbolism in the Baltic States at the Musee d’Orsay in Paris, a travelling exhibition on Kaunas Modernist architecture, concerts conducted by the internationally renowned conductor Mirga Grazinyte-Tyla in the concert halls of New York, Berlin and Birmingham, concerts by the amazingly talented accordionist Martynas Levickis, who the UK’s The Independent newspaper has stated is single-handedly reinventing the accordion, performances by Lithuania’s leading quartet, the Mettis String Quartet and pianist the Gabrielius Alekna who’s been recognised as ‘a highly gifted pianist and musician’ by the internationally renowned conductor Daniel Barenboim.

Restored Lithuania 100 looks to the future. What future do Lithuanians wish to build for their nation?

The Create strand of centennial activities is dedicated to the future, to the creation of today and tomorrow by being an active and responsible citizen. Active citizens were those who moved our country forward, thus the best tribute to the heroes of the centennial is to be active, free and responsible. One of key projects here is the so-called Centennial Gifts which invites everyone to devote some of their personal time to volunteering, and in this way present the best and most valuable gift of time to their community, city and state. Another project is Us Who Build the State, intends to promote community building and social responsibility.

The Learn activities encourage learning about the country, its achievements and heroes, through exhibitions, films, audio-visual material and various campaigns. The Celebrate activities will bring people together for the celebration of the key centennial date, which includes a rich national and international programme for both Feb. 16 and the Song Festival. Lastly, the Create activities invite active public involvement in the creation of the present and the future.

One of the objectives of the programme is to make February 16 the most important date of the centennial and to ensure the involvement of the people of Lithuania and Lithuanians living abroad in its celebration. How will this be achieved, and what exactly is planned for Feb. 16?

Lithuanians throughout the entire country as well as Lithuanians abroad will celebrate in their own way by continuing old traditions and creating new ones. At 12:30 p.m. bells across Lithuania will ring 100 times inviting and uniting all to celebrate. Ceremonies at the President’s Palace and the House of Signatories in Vilnius will lead to 100 bonfires being lit across the city by the descendents of the original signatories of the Act of Reinstating Independence of Lithuania in 1918. There will then be a festive concert taking place at the National Opera & Ballet Theatre in Vilnius featuring unique compositions by leading national composers. This concert will continue into an open-air public concert at Cathedral Square. Seventy-five various cultural events will also mark the date around the world.

What will the historical narrative of the centennial be, and how is it planned that this will be achieved?

The Centennial is a success story created by the people of Lithuania and Lithuanians living abroad, our grandparents, great-grandparents, our parents as well as ourselves. Many of us still cherish the memories of the signatories, diplomats, farmers, freedom fighters, priests, athletes, teachers, the Righteous among the Nations, members of Sąjudis (the political organisation which led the struggle for Lithuanian independence in the late 1980s and early 1990s), the scientists and even the volunteers. They’re the heroes that make-up and made Lithuania. To celebrate the Centennial of the Restored Lithuania we invite everyone to discover their own personal connection, their individual stories, emotions and traditions. What we celebrate now is not one date but the entire century of the success story created by us all. Therefore, in the lead-up to the Centennial, we invite to learn about our achievements, to celebrate February 16 and to continue to create our state.

Travel and Learn! The Centennial of the Restoration of the State will be a journey with 100 stops across 100 years of the statehood of Lithuania. Can you tell us more about the centennial route and where information for those who wish to explore the route will be available?

This is a project led by the Tourism Department, which invites Lithuanians to discover the history of the Centennial and celebrate it whilst travelling and learning about the country. An internet platform and mobile application will help Lithuanians and foreign visitors discover the different routes. Further information is available on the website www.tourism.lt

The Gloria Lietuvai project is one of the projects dedicated to the Centennial of the Restoration of the State of Lithuania, and is being supervised by Dalia Grybauskaite, the President of the Republic of Lithuania. How important will the bells located throughout Lithuania be as part of the centennial celebrations?

The Gloria to Lithuania event brings to light the symbols of Lithuania‘s freedom and its rebirth. Up until February 16 the team will be recording the most notable bells in Lithuania which will be heard on February 16 in a musical composition called Gloria to Lithuania. The project invites us to listen to the sound of bells in Lithuania, as the sound of bells is like the continuation of history, inviting us to come together to pass down its meaning to future generations. Today we have an opportunity to ring bells for tomorrow.

Why will the centenary be celebrated for four years?

The Centennial celebrations will continue until May 2020. The Centenary of the Lithuanian Seimas (Parliament), and numerous other state institutions also mark their centenaries in the run-up to this date.

What historical events will be marked at the celebration events to commemorate the rebirth of the State of Lithuania?

The programme of the Centennial is not commemorating historical events one by one. The narrative of the Centennial offers an invitation to look at the Centennial not as a single date or a series of dates, but as an inspiration to reflect on the historical significance of the past for today, and the relevance of today for the future. In short, it explores the vital ties between the past, present and future.

Can you please explain to those who are not good at Lithuanian history what is the difference between the two days of the Independence of Lithuania, February 16 and March 11?

February 16 marks the signing of the Act of Independence, which saw the creation in 1918 of the modern democratic Lithuanian state. March 11 marks the regaining in 1990 of independence after half a century of Soviet Occupation.