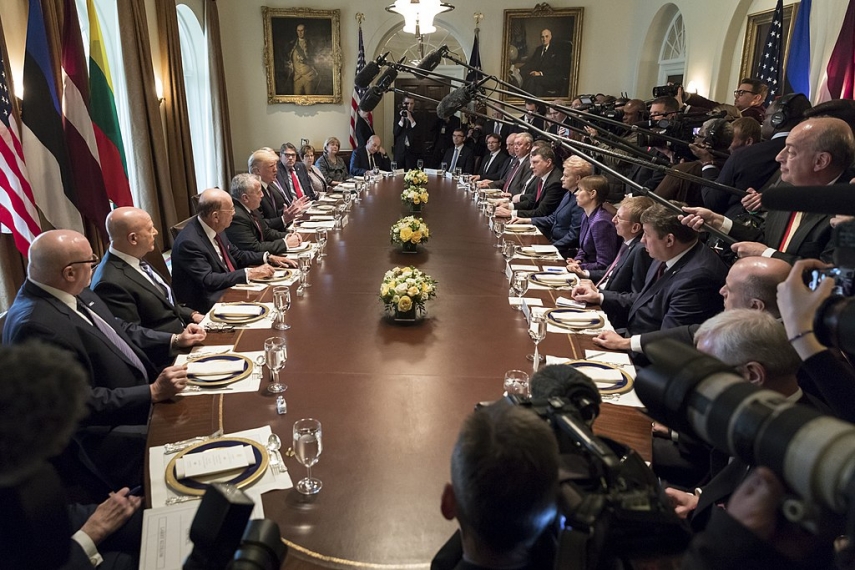 VILNIUS - President Dalia Grybauskaite said on Tuesday that Lithuania and other Baltic states may contribute to easing tensions between the European Union and the United States.

"We know that there is a certain tension in these international and transatlantic relations now. In the framework of that tension, we, the Baltic countries, Lithuania, have to find our place and perhaps even be a link that would try to look for ways to soften these relations and reduce tensions," she told Lithuania's ambassadors who are in Vilnius for their annual meetings.

Tensions in relations between the EU and the US have increased in the wake of Washington's decisions to impose tariffs on European steel and aluminum imports and to pull out from the Iran nuclear deal.

"Diplomats' task will be to find the best ways to ensure Lithuania's security and its interests in this complex world," the president said in an audio recording released by her office.

In the run-up to NATO's summit, it is necessary to secure allies' support for Lithuania's goals and the implementation of these goals. To achieve that, it is important to strengthen Lithuania's strategic partnership with France, the US and Poland and to further deepen cooperation with Germany, the lead nation in the Alliance's multinational battalion in Lithuania, she said.

Lithuania's ambassadors and honorary consuls this week are holding their annual conventions in Vilnius.