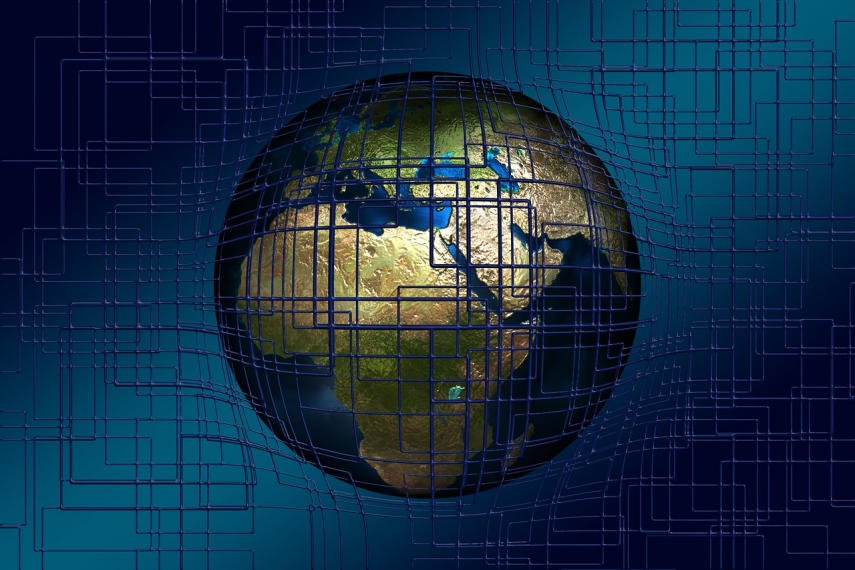 RIGA - As the Kremlin escalates its aggression against the West, there is a growing risk that Russian special services will carry out destructive operations in the cyberspace of NATO and EU, which would hamper the operation of important public domains or damage critical infrastructure.

The likelihood of such cyber attacks has increased especially as the Kremlin took decision to start war in Ukraine.

SAB on Monday published the unclassified part of its annual report for 2021 which was prepared before Russia started war in Ukraine.

“While Western societies strive to influence the future, Russia is trying to go back in time. As a result of the policies pursued by Vladimir Putin’s regime, today’s Russia is more and more reminiscent of its predecessor, the Soviet Union, which, despite some shortcomings, is seen by Russia’s current political elite as an ideal of consolidation of power, public control, and geopolitical position," Zviedris said.

This position determines Russia’s confrontation with the West, using the means at Russia’s disposal where security and intelligence services play a key role,” he said.

It states that in 2021, work against Latvia was continued by several special services of non-NATO and non-EU countries, against which the SAB conducted counterintelligence work. The threat they pose is moderate to significant, depending on the particular policy their country of origin is pursuing in the Baltics and the West in general. The most active traditionally has been the Russian services.

SAB explains that the main task of the special services is to obtain intelligence, develop influence tools, and carry out influence operations, ensuring achievement of Kremlin’s political goals.

With the Covid-19 related restrictions on face-to-face activities and international travel, as well as the improved working methods of foreign special services, there is an increase of intelligence services’ activities establishing initial contacts in the virtual environment. E.g., sending a specially designed offer on social networks from a seemingly real but actually fake person or company, or a cooperation offer to the official e-mail address of a company or organization.

For example, last year, a Latvian nongovernmental organization received an e-mail, requesting to carry out monitoring of Latvia’s domestic political events on a regular basis, for a corresponding fee. SAB asks not to engage in such kind of questionable cooperation. Also, in order to avoid the pro-Kremlin information, SAB recommends to pay a special attention to the content of the messages displayed in the virtual space in the context of the events of the war in Ukraine.

The report states that the implementation of influence measures abroad is a complex collaboration between various Russian institutions where special services often play a leading role.

SAB has found out that monitoring of the political and economic situation in Russia’s neighboring countries, conducting of Russian propaganda and discrediting campaigns, dissemination of pro-Kremlin messages, promotion of the “Russian world” and its values, creation and maintenance of a network of pro-Russian organizations and influence agents abroad, coordination of compatriot policy activities is taking place. These processes are particularly dangerous in the current context of the Russia-Ukraine war.

These activities include the implementation of discreditation measures against Latvia, aimed for the international community with purpose to show Latvia’s as if violations of Russian-speaking population’s rights, ethnocratic regime, glorification of Nazism, and questionable legitimacy. Such discreditation activities in the information space often create the desired mood and later serve as support for the activities of an unfriendly country in the territory of another country.

SAB emphasizes that Russian propaganda is able to quickly adapt to various current events and topics that can be used to discredit the West. For example, the issue of vaccines was used in propaganda activities aimed at destabilizing and polarizing Western societies.

Russia launched propaganda portraying itself as a responsible and caring superpower that, unlike the West, has the will and capacity to deal with global crises. Kremlin officials regularly reported that Sputnik V would be delivered to more and more countries around the world and Russian propaganda channels praised the invention of the Moscow Gamal Institute as the most widely available vaccine globally.

While Russia continued to publicly state that it would deliver the promised supplies of Sputnik V, SAB’s information suggested that in the summer of 2021 Kremlin officials were already aware that this was not possible due to the limited production capacity.

SAB states that among the tools used by the Kremlin to ensure its covert influence abroad are various private organizations and companies funded by oligarchs close to the elite.

One such network of influence agents is coordinated by Yevgeny Prigozhin. He is one of the Russian entrepreneurs who has established his business by providing services to Russian government. Prigozhin has gained a widespread media and international attention as the owner of the St. Petersburg-based troll farm (Internet Research Agency) and the private military company Wagner which provides mercenaries for Russia’s military operations in Ukraine, Syria, and Libya. In 2021, one of the organizations of Prigozhin’s network, Admis Consultancy Ltd. (ADMIS), planned to intensify its activities in the Baltic Sea region, including Latvia. Due to the public attention paid to ADMIS, the organization has now ceased its activities. However, Latvian politicians, officials and opinion leaders will continue to be targeted by ADMIS-like organizations, SAB warns.

The report emphasizes the importance of strengthening cybersecurity, both at institutional and national level and in the private sector.

The analysis of Russia's domestic policy in the report concludes that the legitimacy of Putin’s power is increasingly based on falsifications and lies, and domestic political stability depends on the rise of repression, the regime sees free flow of information as a major threat to its very existence. The use of such an approach is brightly evident also in the Kremlin's rhetoric and action of the power structures, as well as in the agenda of pro-Kremlin channels in the context of the Ukrainian war.

The classified part of the annual report will be reviewed by the Cabinet of Ministers and the National Security Commission of the Parliament of Latvia. Thereby the directions of the activities of the Constitution Protection Bureau for the year 2022 will be approved.

SAB report provides an overview of counter-intelligence, cyber security, intelligence and classified information protection issues in 2021. The report also includes an assessment of domestic and foreign policy developments in Russia and Belarus in 2021, taking into account the particularly active efforts of the special services of these countries to influence the EU and NATO countries, including Latvia.