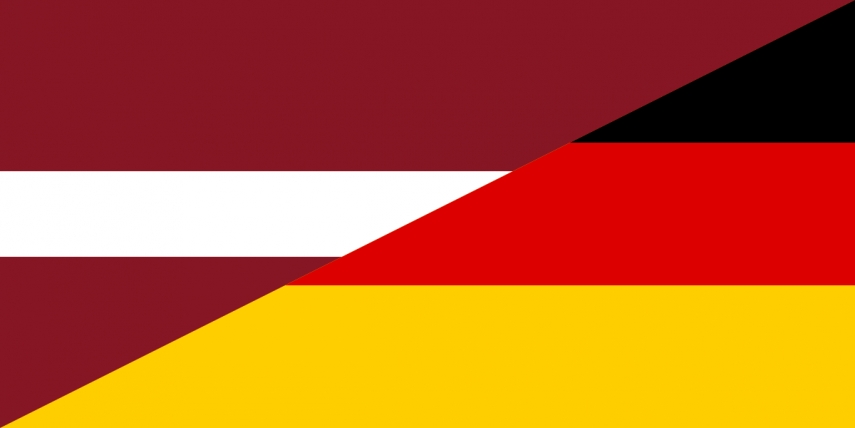 During the meeting, both officials stressed the good relations between Latvia and Germany, as well as the close relationship of both presidents, as Steinmeier has visited Latvia both as foreign minister and as president seven times so far, while Levits is linked with Germany by his studies and past jobs in various German regions.

During the meeting, the future of Europe, security issues, and future global challenges were discussed.

Speaking about the future of Europe, the President of Latvia emphasized that the ideas of all Member States were crucial in building a common future. “The scale of ideas does not depend on the size of the country. We all have the opportunity to make a creative input to the future of Europe and the global challenges, and to contribute,” stated Levits.

The two Presidents also discussed the impact technology development had on our lives and the issues of European security. The President of Latvia added that he would visit the European Center of Excellence for Countering Hybrid Threats in Helsinki at the end of August, and he said that the issues of European information policy were material for the future of Europe. The two parties also exchanged views on the current events on Brexit and the challenges ahead for the European Commission in the coming months.

During the meeting, they paid great attention to transatlantic relations and European security issues, as well as the German presence in the Baltic States. Relations between the European Union and Russia, relations with Ukraine were also discussed. Being lawyers by education, both Presidents also exchanged views on the development of a European legal policy.