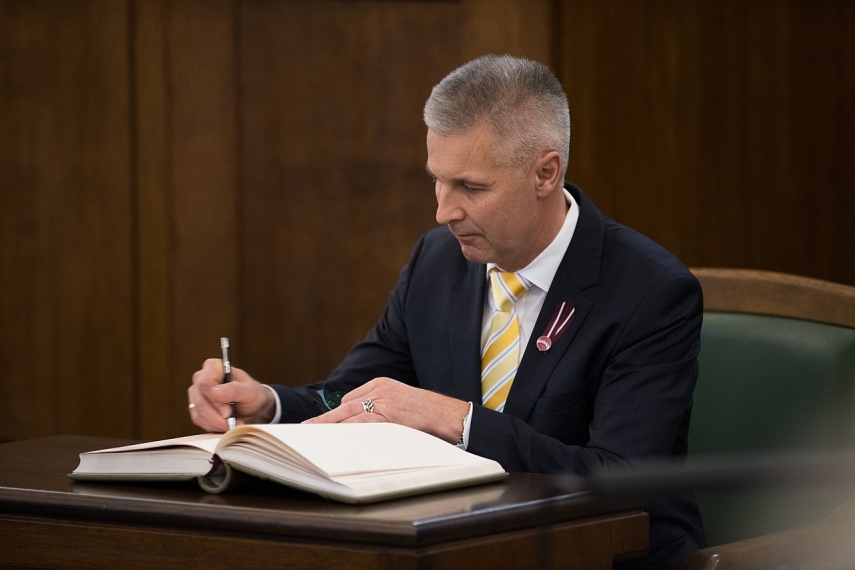 RIGA - President Egils Levits and Defense Minister Artis Pabriks (For Development/For) are both in agreement that the defense budget must remain at two percent of GDP, and also the possibility for a slight increase, LETA was informed by the Presidential Chancery.

Continuing his meetings with government ministers, Levits met with Pabriks today to discuss Latvia's participation in international operations, and the creation of a comprehensive national defense system involving institutions, companies, as well as residents of Latvia and the diaspora.

During the meeting, the president praised the capability of the National Armed Forces, as well as cooperation with partner countries and allied forces. At the same time, the president said that he is happy that he has already had several meetings with Latvian military leadership, soldiers and veterans and children of those who have served in international operations during his first month in office.

The president also expressed support to the Home Guard and Youth Guard, pointing out that they are an important part of Latvia's civil and democratic society, LETA was informed by the Presidential Chancery.