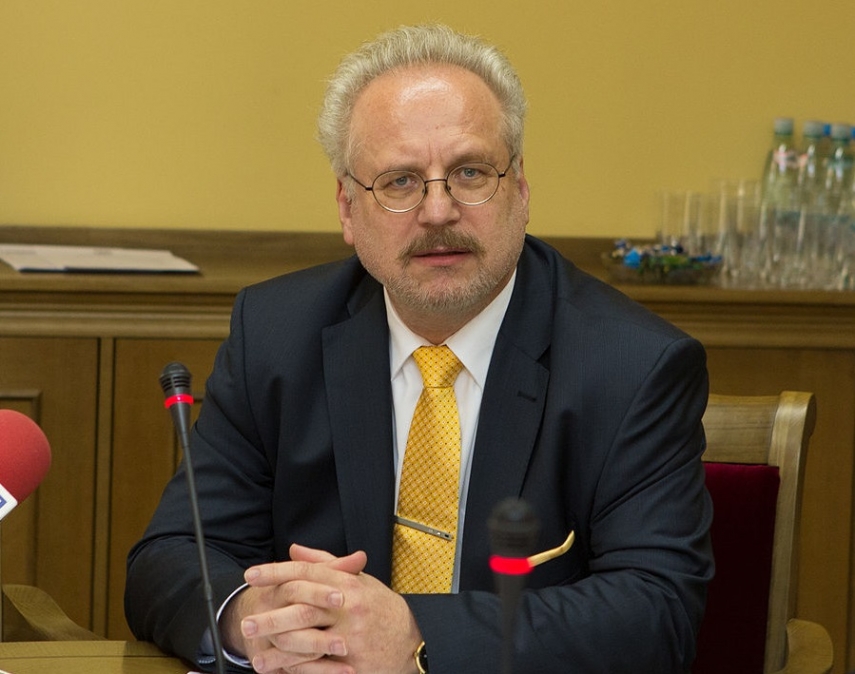 Levits had previously stated that he would only stand for president if he had the support of the whole government coalition.

''It is very important for me to have the support of the whole coalition, which represents a majority of voters. It is good that the coalition has been able to agree on one candidate. Of course, I would be honored to serve Latvia,'' Levits said.

He said that the coalition has agreed on one candidate and he does not see any reason for this candidate not to win the majority support at the parliament.

KPV LV leader Artuss Kaimins said that the party will not name its own candidate for the president, and there will be one candidate nominated by the coalition.

Kaimins said that he himself and several other KPV LV lawmakers will support Levits, while some other lawmakers might vote differently.

The National Alliance, the New Conservative Party and For Development/For already earlier had voiced support to Levits as the president.

The Saeima opposition parties might nominate their own candidates for the president’s post, but they have not named any yet.

Saeima will vote on the next president later this spring.