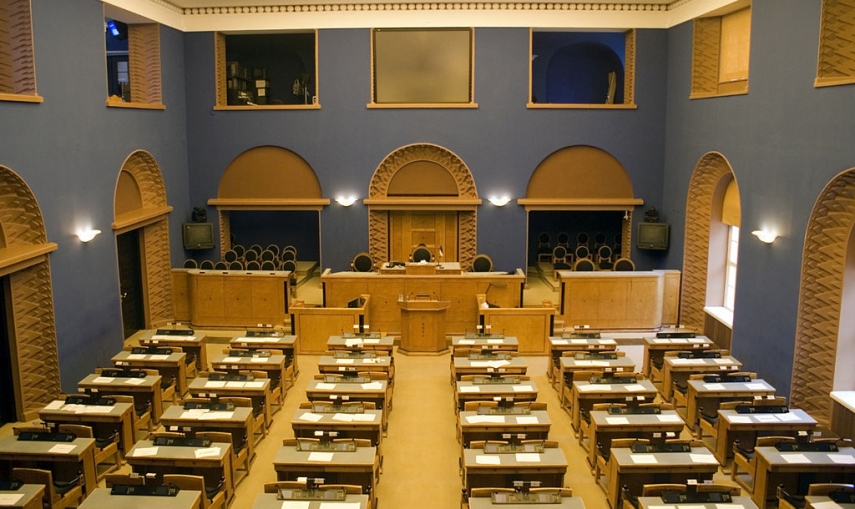 TALLINN - Leaders of the Estonian ruling coalition parties, including the Center Party, Social Democratic Party (SDE) and the Pro Patria and Res Publica Union (IRL), do not see tensions in relations between the parties in relation to the possible no-confidence motion against Justice Minister Urmas Reinsalu.

"The internal mood of the coalition at least at today's coalition council was busy, a little bit of humor -- as it is in the Estonian environment," Prime Minister and Center Party leader Juri Ratas told BNS on Monday.

"Very good!" SDE chairman and Minister of Health and Labor Jevgeni Ossinovski said in response to a question posed by BNS about the mood in the coalition. "These are professional parties and professional party leaders -- all understand the political situation that has evolved," the minister said.

"Of course it is clear that IRL has put the government in a difficult situation, has done it in vain and has not solved it itself either. We would have hoped that Reinsalu would have assumed responsibility himself and resigned. But now the situation is as it is and the Social Democrats will decide on Wednesday," the SDE chair said.

IRL chairman Helir-Valdor Seeder responded to the question whether the government's stability is in danger by saying that he believes so. Assessing whether the Social Democrats could break up when it comes to the issue of a no-confidence vote against Reinsalu and some of them could support the censure motion, Seeder expressed hope that it will not happen. "Well, I sincerely hope that there will be no split. But I will not start speculating what and how. My gut feeling is that it will not happen," he told BNS.

The basis for the motion of censure is Reinsalu's statement, in which he ridiculed those who condemned violence against women and whose public letter was motivated by the president's decision select stage director Tiit Ojasoo, who acted violently toward an actress of NO99 theater in 2016, as one of the authors of the program of the reception to mark the 100th anniversary of the Republic of Estonia.

Parliamentary group of the Center Party decided at Monday's meeting, which was also attended by Prime Minister Juri Ratas, not to support a motion of no confidence in Justice Minister Urmas Reinsalu. The parliamentary group of IRL also decided to unanimously support fellow party member Reinsalu continuing in his post.

According to the parliamentary group of  SDE, Reinsalu should resign, while the board of SDE is to form an opinion regarding a motion of no confidence in Reinsalu on Wednesday.

Estonia's coalition council, which gathered on Monday to discuss the issue of a possible motion of no confidence in Justice Minister Urmas Reinsalu, did not reach a decision.

At the meeting, which was also attended by Ratas, Seeder and Ossinovski, the parties said that since the opposition is yet to move a no-confidence motion against Reinsalu, members of the coalition will not yet make a decision regarding the issue. Reinsalu himself was also present at the meeting.

"We exchanged information that one or other parliamentary group have discussed. By today, the no-confidence motion has yet to be filed and we do not know whether the opposition will actually reach filing a joint motion of censure," Seeder said. "No we did not [make a decision regarding that] and there is no need or reason to do so conclusively, as there is no motion of censure yet," he added.