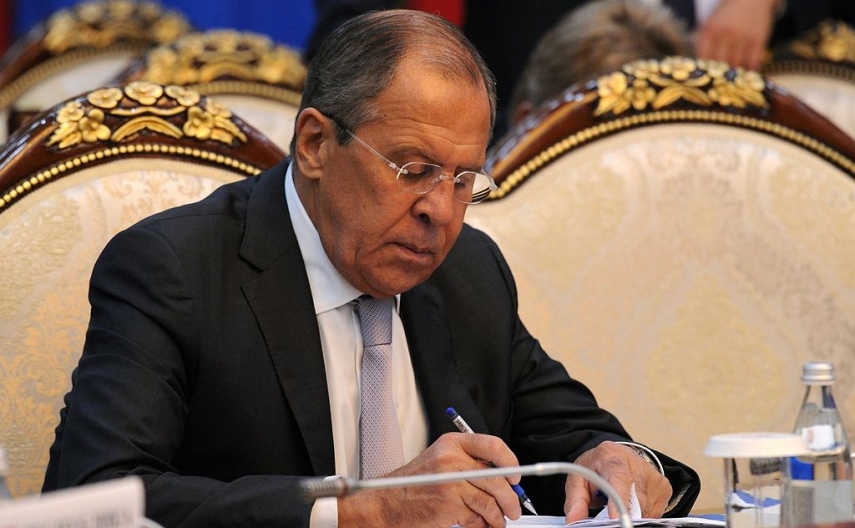 TALLINN - At the 25th meeting of the Council of Ministers of Foreign Affairs of the Organization for Security and Cooperation in Europe (OSCE Ministerial Council) on Thursday, Russian Foreign Minister Sergei Lavrov criticized Ukraine and several Western countries, as well as Estonia and Latvia in various spheres.

"In the EU countries Latvia and Estonia, the shameful phenomenon of statelessness remains," Lavrov said according to remarks published in Russian on the website of the Russian Foreign Ministry.

The Russian minister said that the situation of human rights is deteriorating in Europe and a number of countries are striving to rid the information space of dissent under the pretext of fighting propaganda.

"It appears that we are going back to censorship. Journalists are subject to discrimination in France, the United States, the United Kingdom, in Ukraine, in the Baltic countries," he said. Attempts to form "white" and "black" lists of media resources are unacceptable, Lavrov said, adding that the OSCE Representative on Freedom of the Media is required to respond to the issue.

The Russian foreign minister said that draft documents have been submitted for OSCE's consideration on the protection of the language and educational rights of national minorities and the free access of journalists and media structures to information.

Lavrov also highlighted the issue of rewriting history by which Russia refers to reassessment of the Soviet Union's actions in World War II. In relation to the matter, Lavrov also mentioned what he described as Waffen-SS veterans' assemblies in Latvia.

A large part of Lavrov's speech addressed Ukraine, where Russia opines that a coup has occurred, calling the sanctions posed against Russia illegitimate under imaginary pretexts. Lavrov also said of the Balkan region that a narrow group of states is putting unprecedented pressure on Macedonia. He also criticized the US intention to withdraw from the Intermediate-Range And Shorter-Range Missiles (INF) Treaty, deployment of the US missile defense system in Europe, expansion of NATO, and building up of the alliance's potential on the eastern flank.