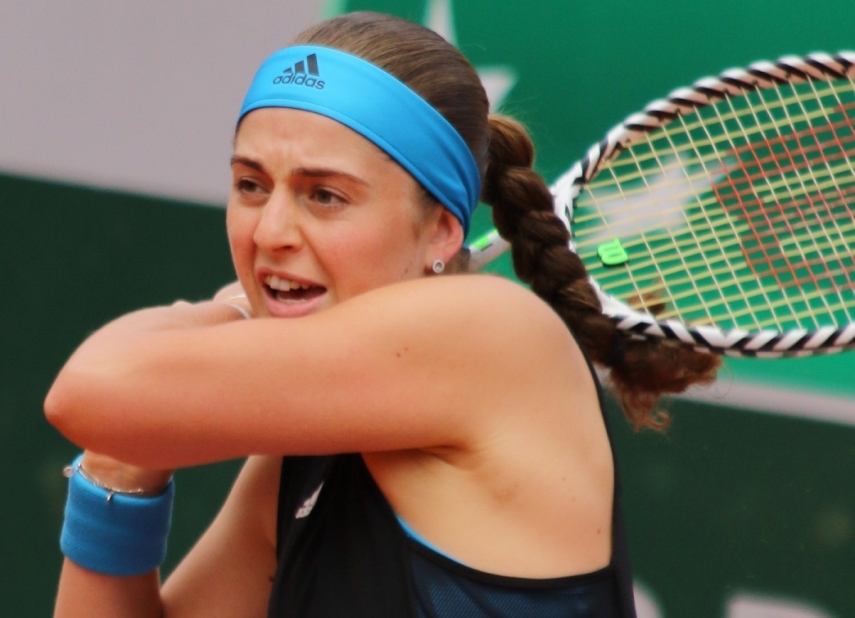 Ostapenko had to come back from the brink of defeat to reach her first WTA singles final of 2019, as the 2017 Roland Garros champion saved three match points en route to a 1-6, 7-6(5), 7-5 victory, WTA Tennis reports.

"It’s great to make the final," Ostapenko told the press, following her win. "Of course, I came here without any expectations, just to win as many matches as I can, because I didn’t play so well this year. To be in the final, at one of the last tournaments of the season, it’s great. It’s great to finish the season this way."

Ostapenko's victory sets up an intriguing championship match on Sunday, as the former Grand Slam champion will now face American teenage sensation Coco Gauff for the trophy. Gauff, a lucky loser into the main draw, defeated Andrea Petkovic in straight sets in the earlier semifinal to make the first WTA singles final of her career.

Goff will have to deal with the lack of experience and anxiety but Ostapenko has the same reasons to worry although in semi finals she played it cool in decisive moments.

Betsafe bookmakers give both players almost equal chances, giving only a little bit of preference of Gauff, whose performance improved during the season, while Ostapenko had her ups and downs. The coefficient of Ostapenko’s winning at Lintz is 1.90.

Bookmakers predict a two set final. The possibility of a three set final got a coefficient of 2.35.