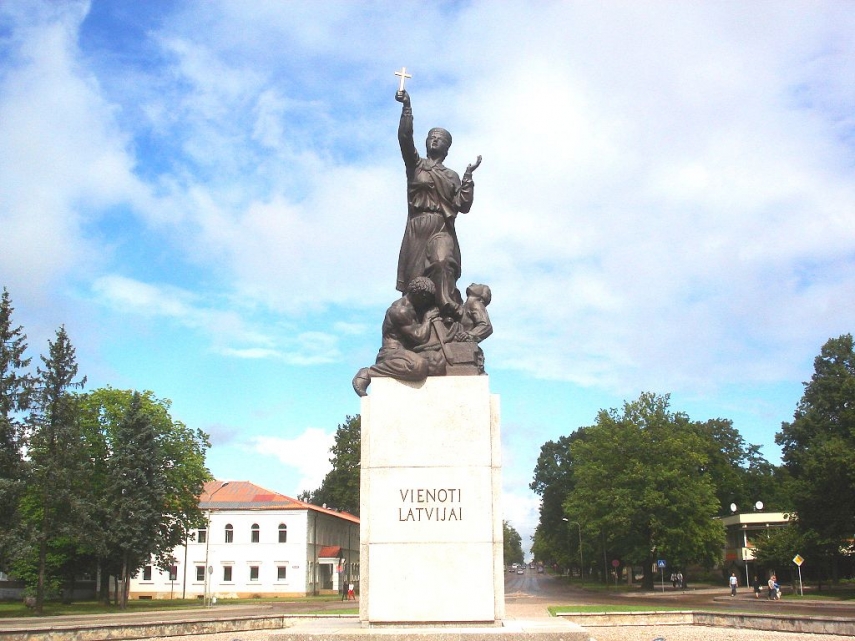 The Latvian Security Police have begun a probe into a picture circulating on the Internet that appears to promote the idea of a ''Latgale People's Republic'', LETA reports.

In recent days, a picture with a map of Latvia has been circulating on social networks. The region of Latgale is partitioned off from the rest of Latvia, and covered by a different flag. Images of a flag designed for the region by a Latgalian ethnographer overlaid by "the Latgale People's Republic" in Russian have also been shared on Facebook.

The Security Police reminded people that putting Latvia's territorial sovereignty in doubt is in accordance with Russia's current geo-political interests.

Claiming that the number of instances where the image of the Latvian flag has been used in a provocative way not in in accordance with Latvia's national interests, the Security Police urged the public to inform the police if they

As previously reported, in October 2012 the Security Police launched an investigation into former National-Bolshevik leader and pro-Russian activist Vladimir Linderman, after he made comments in support of autonomy for Latgale. He said that this would be a way to counter efforts by government coalition parties which did not permit a referendum on automatic citizenship for non-citizens.

A criminal process on undermining Latvia's territorial integrity was later initiated against Lindermans and his associates - Ilarions Girss and Jevgenijs Osipovs.

Latgale is one of Latvia's four cultural regions and is located in the south-east and east of the country, bordering Russia and Belarus. It contains the country's second-largest city, Daugavpils, and has a high proportion of ethnic Russians. It was the only region of the country where a majority of voters supported making Russian an official language in the referendum that took place in 2012.