Latvian President refuses to rule out possibility of Putin visit 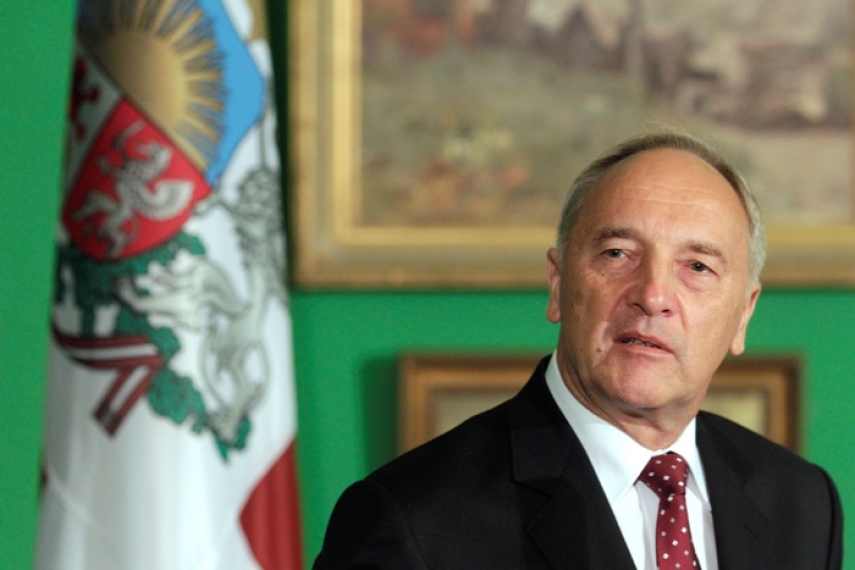 Latvian President Andris Berzins has said that he does not agree with Lithuanian President Dalia Grybauskaite's repeated description of Russia as a terrorist state.

When asked on TV programme Tochki Nad I whether he agreed with Grybauskaite's claim that Russia demonstrates some characteristics of a terrorist state, Berzins said that he does not agree with this statement.

He also said that the Lithuanian president has more opportunities to express her opinion on various issues, including regarding foreign policy.

During an interview with the BBC business journalist Vishala Sri-Pathma, President Grybauskaite said that Russia was "behaving like a terrorist state."

Berzins did not rule out the possibility that Latvian President Vladimir Putin could arrive on a visit to Latvia sometime in the future, even though he said that the invitation extended by former Latvian President Valdis Zatlers had now been rescinded.

Asked when a possible visit by Putin could take place, Berzins pointed out that the invitation extended by Zatlers is ''no longer on the table'' because of the Ukraine crisis.

Asked from when exactly the invitation had expired, Berzins said since March 1, 2014 - the date of Russia's annexation of the Crimean peninsula.

Berzins has previously told LETA that he does not see any reasons why Putin could not visit Latvian during the period of his presidency.

''I do not see any obstacles to such a visit. Joint cooperation is necessary for both large and small players. We have formed good contacts, and I have no reason to be pessimistic in this area. Everything is moving forward step by step,'' Berzins said.