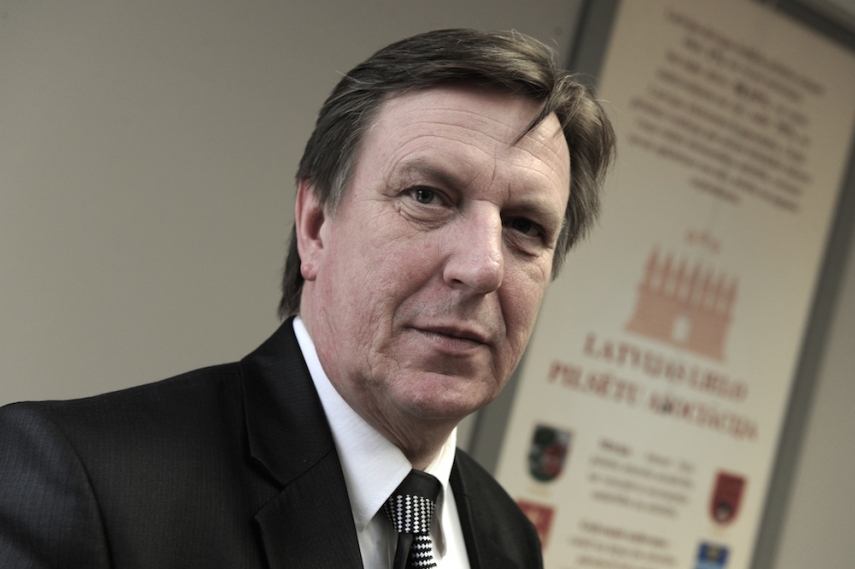 Maris Kucinskis (pictured) has been nominated as the next Latvian Prime Minister [Image: Diena.lv]

Latvian President Raimonds Vejonis has nominated MP Maris Kucinskis to be the country's next Prime Minister.

On January 13, 2015, Kucinskis told the press that his nomination was not a victory, but instead represented the beginning of a new stage in the formation of the government.

“We have moved to the next stage during which we have to discuss current priorities, and how to create a government that will function as one team and work for Latvia's development,” said Kucinskis.

He thanked the Vejonis for entrusting him with the task of putting together the new Cabinet.

He also said he had great respect for his rival, Karlis Sadurskis, another Prime Ministerial candidate from the center-right Unity party.

Kucinskis promised he would not be simultaneously negotiating with several parties, and that he would first speak about the new government with its partner in the outgoing ruling coalition, the Unity party.

The third part of the former coalition partners, the nationalist conservative National Alliance party, is expected to support Kucinskis as the next prime minister.

"It is my greatest wish that the three partners will work side by side and agree on the steps to be taken together, and will put aside all ambitions and quarrels,” Kucinskis continued.

The ZZS approved Kucinskis as the bloc's candidate prime minister on Monday January 11.

Kucinskis, 54, is the chairman of the parliamentary committee on sustainable development. In the past he has been the mayor of Valmiera, a town in north-eastern Latvia.

Kucinskis was among the founders of the once influential People's Party which no longer exists.

He has been elected to the Latvian parliament several times. In the last general elections of autumn 2014, he was elected as a ZZS candidate.