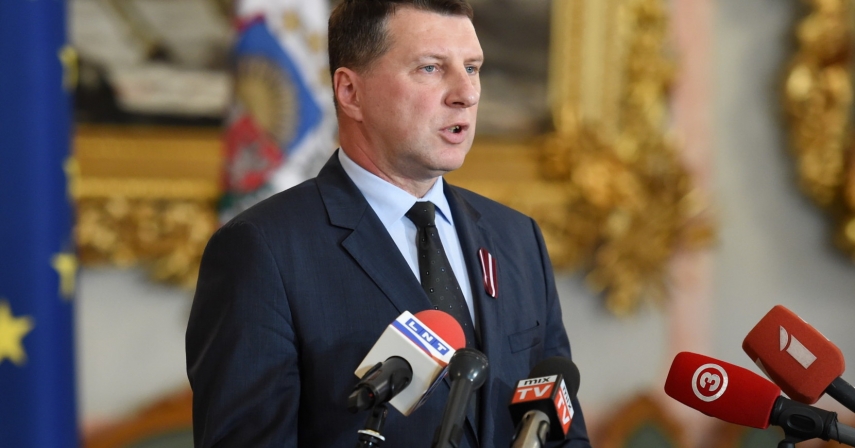 According to Latvian President, Rajmonds Vejonis, Syria is a good method for Russia to divert international attention from its involvement in Ukraine.

Vejonis’ comments came in an interview with the Latvian LNT channel on December 3.

The Latvian President said that at the time when Russia’s efforts in Eastern Ukraine began to dwindle, the Kremlin began to use the situation in Syria to improve its domestic reputation, and withdrawing international attention from Ukraine.

At the same time, Vejonis said Latvia is still keeping Ukraine high on its international agenda and will keep doing that.

The president said Russia's interest in the Baltic region has not changed, and it can be seen in its distribution of information, and the frequent flights of Russia's planes over the Baltic Sea.