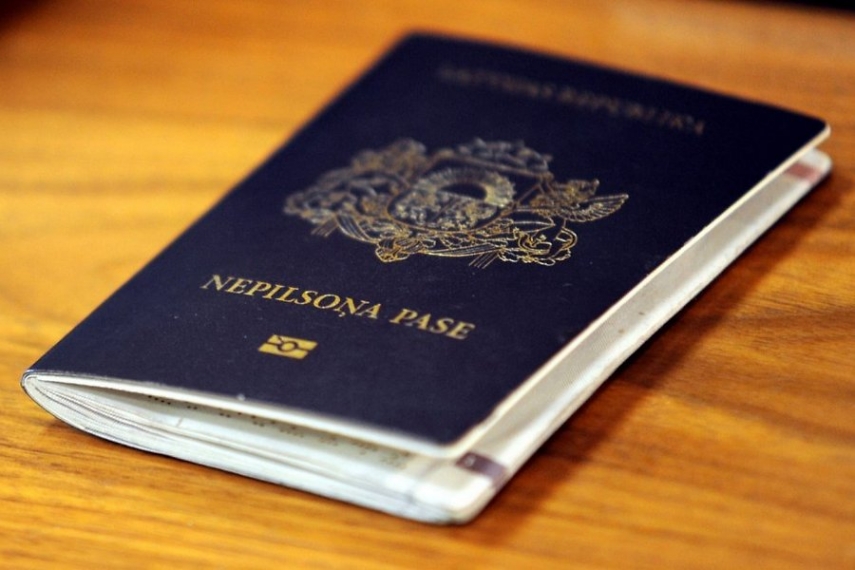 The passport of a non-citizen of Latvia [Image: delfi.lv]

The leader of the Latvian Non-Citizens' Congress, Aleksandrs Gaponenko announced on Thursday that he has requested legal assistance from the Russian State Duma.

"We require assistance in our fight with judicial institutions. We can make noise and shout, however, we require legal assistance," Gaponenko said during a round-table discussion held by the Duma.

"We will gladly accept your help," Gaponenko said, while addressing Aleksey Pushkov, the head of the Foreign Affairs Committee of the State Duma.

Pushkov said that European institutions are ignoring the issue of non-citizens, and that the "liberal rights protection doctrine" is "deeply corrupt".

At the end of the round-table sessions, deputies of the State Duma and so-called experts approved a report, urging the State Duma to make an announcement to the Parliamentary Assembly of the Organization for Security and Cooperation in Europe (OSCE) arguing that the "violations of rights" of Latvian and Estonian non-citizens is unacceptable.

Latvian non-citizens are citizens of the USSR who have not completed a naturalisation procedure. After the restoration of independence in 1991, Latvia decided to grant automatic citizenship only to those who were citizens of the country prior to the start of the Soviet occupation in 1940 and their descendents. Those who moved to the country during the Soviet period have to undergo a naturalisation procedure, including a state language exam and citizenship test, if they wish to become citizens. Non-citizens cannot vote in elections or hold certain public sector jobs.

According to figures from Population Register, in January 2015 there were 262,622 non-citizens living in Latvia - a total of 12.2% of all residents of the country. Just under a third of all ethnic Russians in Latvia are non-citizens.