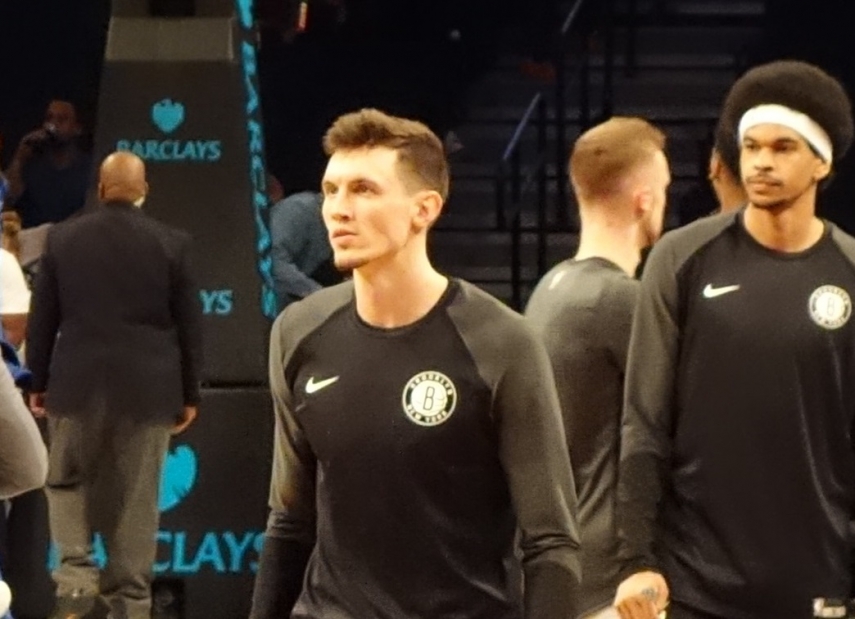 NEW YORK - The NBA's Brooklyn Nets are looking into allegations of domestic violence against Latvian forward Rodions Kurucs after he was arrested in Brooklyn and released without bail Tuesday, U.S. media report.

Kurucs was arraigned on a misdemeanor assault charge and is due back in court Oct. 21.

"After learning of the allegations against Rodions Kurucs, we notified and are assisting the League Office as they begin the process of gathering more information," the Nets said in a statement. "The Nets organization takes allegations of this nature with extreme seriousness. While the investigation is underway and as we continue to learn more, we will refrain from commenting further."

Kurucs, according to the Daily News, allegedly put his hand around his then-girlfriend's throat and choked her, later pushing her on his bed, slapping her face and biting her lip. The report states he then picked her up and tossed her on the bed, injuring her ribs.

Judge Gina Abadi issued an order of protection and told Kurucs to stay away from the woman, the Daily News reports.

Alex Spiro, Kurucs' attorney, told ESPN in a statement, "The former couple flew away together arm in arm in the days that followed, and only after an unfortunate breakup did these claims appear -- claims that the misdemeanor hearing revealed were backed by no photographs or objective medical facts."