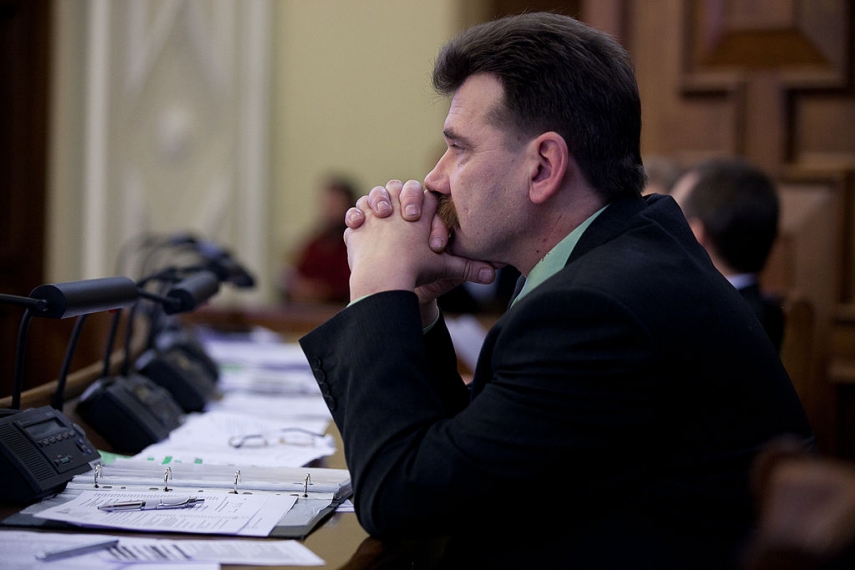 RIGA - The council of the Latvian Green Party (LZP) today failed to endorse the decision by the party's board about expelling from the party Gatis Truksnis, the former mayor of the Jurmala sea-side resort town and a suspect in a case investigated by the Corruption Prevention Bureau.

Twenty members of the LZP council voted in favor of annulling the board's decision about expulsion of Truksnis while 17 council members agreed that the man should be kicked out of the party.

The council's vote means that the LZP board decision about expulsion of Truksnis is no longer in effect.

Answering a question about whether the outcome of the council's vote did not signal a split in the party, LZP Co-chairman Ingmars Lidaka said that it was not so. Attitude to one personality cannot break up the party, he said.

Truksnis himself was not present at the LSP council meeting because he had been taken to hospital after the Jurmala City Council meeting earlier today, Lidaka said but could not comment on Truksnis' health condition. LZP board chairman Edgars Tavars said that Truksnis needed a long rehabilition period due to his health condition.

As reported, Truksnis stepped down as the Mayor of Jurmala earlier on Friday, and will be replaced by Rita Sproge (Greens/Farmers), who used to be the vice-mayor.

Truksnis, meanwhile, will continue work as a member of the Jurmala City Council. In his statement to media the politician said today that for him the recent months had been "full of anxiety and emotionally deeply disturbing", which had affected his health.

"For now, I will continue work as councilor and restore my strength so that I can run in the next local elections as a candidate for the mayoral office with renewed confidence and energy,' Truksnis said.

Truksnis is a suspect in a criminal probe into illegal party financing which is being conducted by the Corruption Prevention Bureau. Because of this, Truksnis was dismissed as the mayor of Jurmala in October 2016, but was re-elected to the mayoral office later.