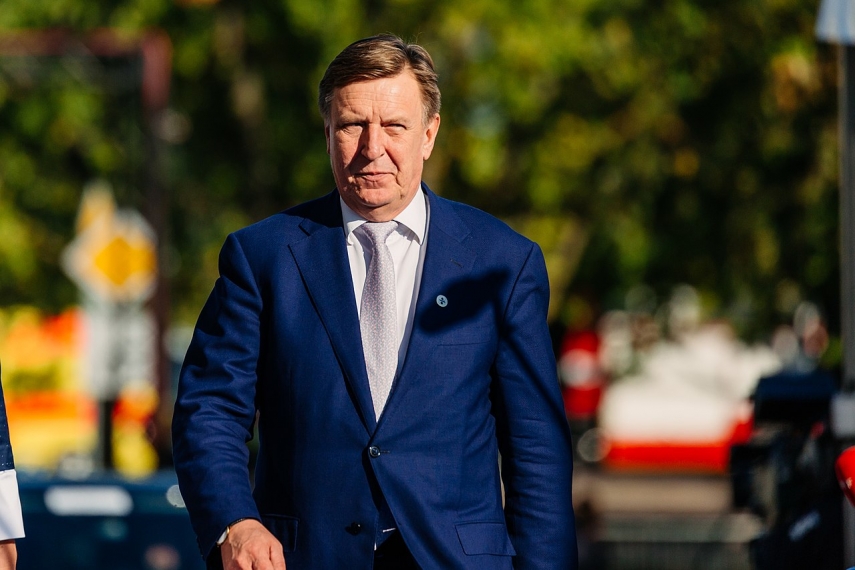 RIGA - In an interview in today's edition of the Neatkariga newspaper, former prime minister Maris Kucinskis (Greens/Farmers) said that the two main parties which make up the Union of Greens and Farmers - the Latvian Farmers' Union and the Latvian Green Party, need a ''strong re-start''.

''I really am expecting considerable change within the two parties, and for them to have strong re-start,'' the politician said. ''But I cannot influence these processes, as I am not a member of any of these two parties. I am part of the Greens/Farmers' Saeima group and can give them advice, but they must do the necessary work.''

Asked why former health minister Anda Caksa left the party, Kucinskis said that he did not feel comfortable within the Latvian Green Party. ''Caksa only joined the party when she became minister, as she could not be non-partisan. The best marriages are ones where both sides agree, instead of forced marriages,'' the current MP said. ''We could have kept her and should have. The Greens/Farmers must be transformed into a strong political force with a large group of followers. At the moment, the party is in a crossroads.''

Kucinskis also confirmed that the Greens/Farmers would like to return to the government, but the New Conservative Party has drawn a red-line against cooperation with the party.

However, he predicted that the New Conservative Party will ''see its bankruptcy'' in the near future. ''Stalin shot all of his opponents, and everyone else he wanted to see dead. Since now it is not possible to murder anyone, Bordans' party want to throw everyone out from everywhere and replace them with loyal people,'' he said, adding that this will not be allowed to continue forever.