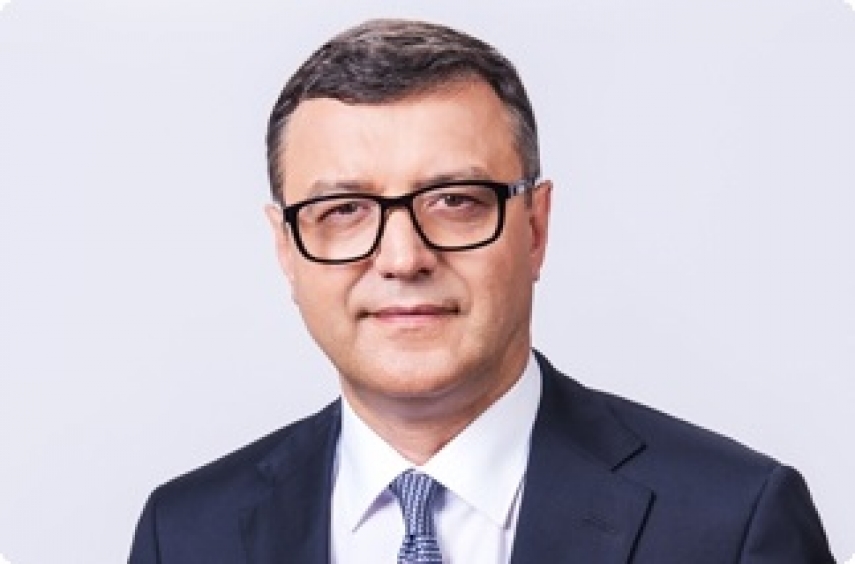 As European Union (EU), US and international institutions continue to scrutinize Latvia as a past nexus of money laundering, the Latvian government under Prime Minister Krišjānis Kariņš has issued a report saying it has closed down 17 600 shell companies and taken other measures to reduce the possibility to use the Latvian banking system for illegal money transactions.

According to the government’s Latvian Financial Sector Update dated August 30: “Since November 2017, Latvia has eliminated more than 17,600 shell companies previously serviced by Latvian banks; and their number continues to decrease as illustrated by drop from 2,421 to 1,829 between March and June this year alone.”

Shell companies are seen as an instrument for transferring or “parking” funds and almost always have little or no “real” business activity, such as manufacturing, sales of goods or provision of services other than financial intermediation. Both the Council of Europe Moneyval report on Latvia and the US Treasury Financial Crimes Enforcement Network (FinCen) have in the past pointed to serious deficiencies in Latvia’s ability to fight financial crimes and a report by the International Monetary Fund (IMF) over the summer noted that: “Money laundering concerns related to BSFCs (banks serving foreign customers) continue to weigh on Latvia’s financial sector. Significant gaps in implementation of the AML/CFT (anti-money-laundering/combating financing of terrorism) framework hampered its effectiveness, exacerbating money laundering and terrorist financing (ML/TF) risks in the banking system, contributing to a withdrawal of global correspondent banks from Latvia and a decline of external funding.”

In broad terms, the report says that “We have made meaningful progress in 10 of the 11 areas identified by MONEYVAL and have implemented most of its recommended actions. We made significant changes to the legislative framework, including the AML/CFT Law, the Law on Sanctions and the FCMC (Financial and Capital Markets Commission) Act. Crucially, we have adopted measures to transpose the Fifth EU Anti-Money Laundering Directive ahead of its deadline in January 2020 to further drive a change of behavior, governance and culture in the sector.”

The government also hints that it considers some of the criticism in the IMF report to be based on outdated information. “The Article IV Mission (the IMF report) considered the results of reforms mostly up until the first quarter of 2019. However, since then we have achieved further progress in the key areas identified by the IMF.”  Regarding the strengthening of oversight and enforcement functions, the government reports that “In 2018, the FCMC’s Compliance and Control Department (CCD) was separated from the Supervision Department. The FCMC tripled CCD staff from 6 in 2016 to 20 in 2018. In 2019, the CCD was strengthened with eight additional staff positions in order to ensure vigorous and risk-based compliance control of the financial sector under its supervision.”

The work of Latvia’s  Financial Intelligence Unit  (FIU)under the State Prosecutor’s Office has also been upgraded. “This has already resulted in an increase in quality of reporting of suspicious transactions: there has been an overall decrease of suspicious transaction reports (less 14% from 2017 to 2018) and more are being analyzed by the FIU (48% in 2018 compared to 32% in 2017). This has led to an increase in the number of prosecutions and convictions following the FIU freezing. In 2018, the number of reports of suspicious transactions to the FIU totaled 6,617 and the FIU conducted financial intelligence analysis on 3,203 cases. In 470 cases, the FIU passed the information to Latvian law enforcement agencies or foreign FIUs.”

The FIU’s activities have also led to a higher amount of suspect funds being frozen and more criminal cases launched against probable money launderers. “In 2018, the total amount of assets frozen by the FIU exceeded €101 million, which is the highest result in the FIU’s history in terms of amount of funds frozen in a single year. This means that the amount of assets frozen increased by 122% from 2017 to 2018. Demonstrating further the impact of the enhanced quality of the FIU’s analysis, by May 2019 the FIU had already frozen €83.2 million in assets, five times the same period in 2018,” the report says, adding that “ The number of FIU’s criminal proceedings involving freezing of funds has increased, as well as the number of prosecutions (from 7 in 2017 to 16 in 2018) and the number of convictions made following freezing of funds (from 1 in 2017 to 4 in 2018). The number of cases of seizures has also increased from 3 in 2017 to 21 in 2018 and already 4 by May 2019.”

However, it must be noted that Latvia has earlier attempted to upgrade its AML/CFT capability following scandals. In the mid-2010s, Latvian banks were alleged to have transited funds whose embezzlement was disclosed by the Russian lawyer Sergei Magnitsky who later died in jail.  In a 2014 article Latvia and Money Laundering An Examination of Regulatory and Institutional Effectiveness in Combating Money Laundering, Andrew Bowden and Mark Galeotti, the latter a New York University professor specializing in post-Soviet financial crime, examine what they see as a potential gap between good intentions and paper reforms and actual progress in fighting money laundering.

Regulation reforms must prove themselves in practice

They stressed at the time that “the presence of regulations and structures alone is not enough to ensure the proper protection of the financial sector from exploitation. Commensurate with regulations is effective enforcement by authorities and the imposition of penalties should it be found that regulations are not being followed. Here Latvia’s record is less impressive, as corruption and weak penalties combine to undermine the formal compliance regime. For example, when it comes to sanctioning banks, the inability of the FCMC to levy large fines compared to the vast amounts of capital transiting banks contributes to the limited utility of the threat of sanction.”

“Going forward, the issue is not whether Latvia has been used by foreign elites for tax avoidance, criminal activities or laundering, but rather, whether the authorities have the capabilities, support and incentive truly to tackle the flow of illicit capital through their  financial system,” they write. Based on the Latvian government’s August 2019 report, it would appear that measures have been taken to improve the capabilities and support for AML/CFT efforts. But as Bowden and Galeotti wrote five years earlier, “The fear must be that once this leverage is no longer being applied, the enforcement and regulatory improvements will start to atrophy. Whether the authorities are able to increase their enforcement or start to revert to lax oversight and enforcement will dictate their position among the nations of the Eurozone.” In the next months, we shall see how the efforts and reforms reported by the Latvian government play out.