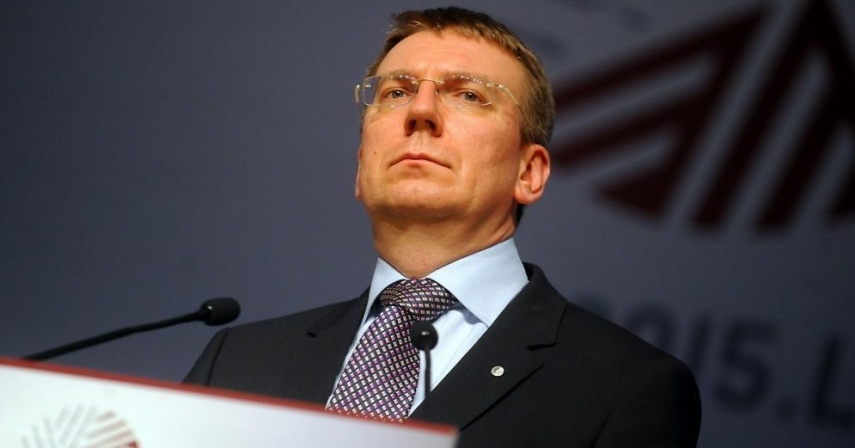 In a statement, Foreign Minister Edgars Rinkevics has congratulated the people of Latvia on the anniversary of NATO membership.

"Russia's aggression in Ukraine and the illegal and illegitimate annexation of Crimea a year ago enables us to evaluate the benefits of collective defence provided by NATO and enjoyed by Latvia over the past eleven years. This once again confirms that Latvia was prescient and made the right decision to begin NATO accession negotiations shortly after the restoration of independence in the early 1990s,'' the minister says.

Rinkevics highlights the alliance's ability to respond swiftly and adapt to a rapidly changing geopolitical security environment. This has been underlined, he said, by decisions made at the NATO Summit in Wales last year, including the approval and implementation of the Readiness Action Plan, and the current strengthening of collective defence through increased allied presence, countering the hybrid threat and the speed of the response.

''Since 2014, in response to Russia's aggressive actions, regular allied military exercises have been taking place in Latvia. In view of the increasing frequency of flights by Russian military aircraft, NATO's Baltic Air Policing operation was reinforced. This is of special significance, as the Russian military aircraft fly with their transponders turned off and do not react to instructions from air traffic controllers, thereby posing risks to civilian aviation. In 2015, a decision was made to establish NATO's Joint Staff Elements in Latvia and five other countries at the eastern borders of the Alliance. NATO patrol ships are also undertaking more regular patrolling of the Baltic Sea,'' Rinkevics points out.

He added that Latvia has made a considerable contribution to NATO by taking part in international peace-keeping operations since the 1990s, in Bosnia and Herzegovina, Kosovo and Afghanistan, and by regular participation in the NATO Response Force. Since September 2014, the NATO Center of Excellence for Strategic Communication has also been up and running in Riga and devising responses to address information warfare.

''Latvia has committed itself to increasing its defense budget to at least two percent of GDP by 2018 in compliance with the Wales Summit guidelines and contributing to strengthening its own security and that of the other members of the alliance. Last year, to commemorate the decade of NATO membership, Latvian diplomats delivered a series of lectures to 7,000 students in more than 100 schools across Latvia in order to raise public awareness of international policy and Latvia's contribution to the implementation of the alliance's goals,'' Rinkevics goes on to say.

''In 1994, Latvia began its course towards NATO by joining the Partnership for Peace Program and confirming, in political and practical terms, its interest in cooperation with the alliance. From 1999, Latvia implemented the NATO Membership Action Plan, MAP, and was invited to join the Alliance in 2002. The process of Latvia's accession to NATO was completed in March 2004 in Washington, when the prime minister of Latvia, together with the head of six other governments, submitted accession instruments to the U.S. Secretary of State. The flag of Latvia has been flying at the NATO headquarters in Brussels since April 2004,'' the Foreign Ministry also mentions in its statement.