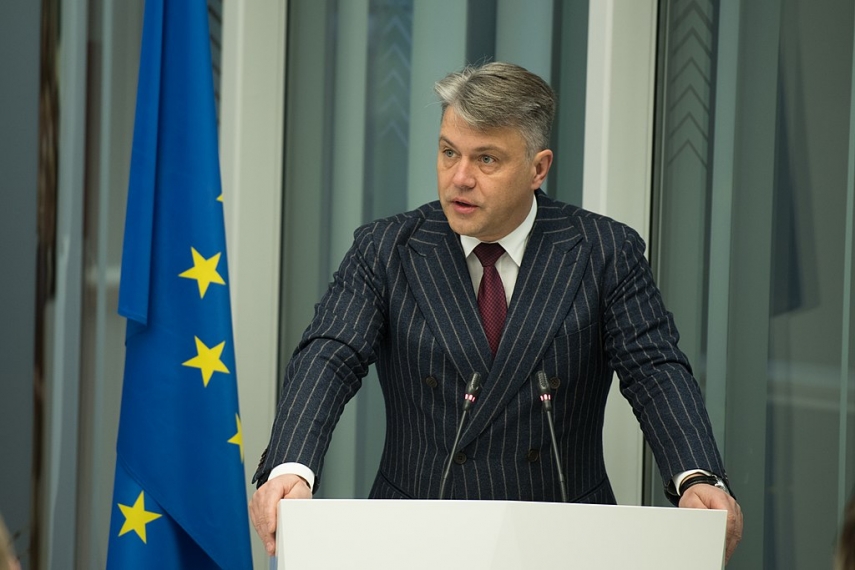 RIGA - The board of the Latvian Farmers’ Union, which is one of the partners in the Union of Greens and Farmers, has decided to nominate Ombudsman Juris Jansons for Latvia’s next president, Greens/Farmers chairman Armands Krauze informed LETA.

Jansons has already agreed to run for the presidency, Krauze said.

Jansons’ candidacy has been discussed with the political parties united in the alliance, so he is expected to be a presidential candidate nominated by Greens/Farmers, Krauze said. The Green Party of Latvia is still to take its decision on the matter, the leader of the Latvian Farmers’ Union said.

The Latvian Farmers’ Union has decided to nominate Jansons for president because he is a politically neutral, non-partisan candidate, who as an ombudsman, has done a lot to deal with numerous issues, Krauze said, also stressing Jansons’ competence.

Edgars Tavars, chairman of the Green Party of Latvia, told LETA that the Green Party had no objections to Jansons’ nomination. “Mr. Jansons is a highly respectable and reputed candidate. We do not object to his nomination, but we want to hear his perspective on several issues,” said Tavars.

He added that the Green Party plans to meet with Jansons on Thursday, May 9, to hear his position on environmental issues, foreign relations, security and defense, as well as matters concerning the Latvian economy. The party intends to take its final decision after the meeting with Jansons and announce it on Thursday afternoon.

“We want a democratic vote, we want people to listen to the candidates and hear their vision,” said Tavars.

Krauze noted that Jansons had already been mentioned as a potential presidential candidate in earlier consultations with members of the Latvian Farmers’ Union.

As reported, the majority of coalition parties have endorsed Egils Levits, a judge at the European Court of Justice, for the Latvian presidency.

Incumbent President Raimonds Vejonis said yesterday he would not run for a second term in office.

The registration of presidential candidates starts tomorrow, May 9.