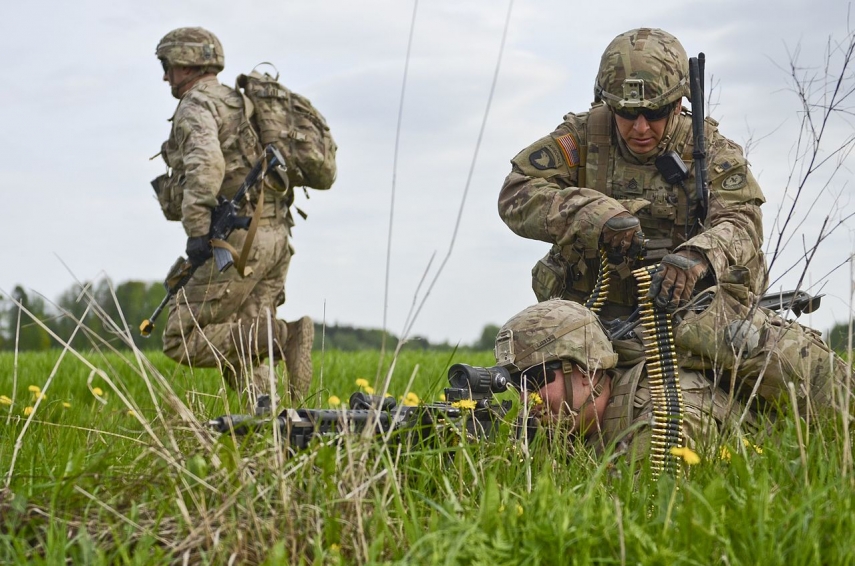 TALLINN – Foreign participants of the Spring Storm (Kevadtorm) military exercise of the Estonian defense forces gave a praising assessment of the training possibilities on offer at the exercise, among others, commander of the Latvian Mechanized Infantry Brigade Lt. Col. Sandris Gaugers said that Spring Storm is enabling soldiers to learn tactical cooperation.

"Latvia was the first allied country to take part in Spring Storm already at the beginning of the 2000s, we are always glad to come to the exercise and learn something new. This is also an excellent opportunity for the soldiers to practice cooperation on the tactical level," Gaugers said.

The Spring Storm exercise was visited on Friday also by Estonian Prime Minister Juri Ratas, members of the parliament's defense committee, diplomats, defense attaches as well as high representatives of the allied states. All visitors were given an overview of the events taking place at the exercise, the training of the units, staff exercises as well as the plans for the coming weeks. On the line-up square of the Tapa military campus, visitors were able to inspect the CV90 infantry fighting vehicle, the Challenger 2 tank of the British Army, the Leclerc tank of the French as well as other equipment of the Estonian defense forces and allies, including the products of the companies of the Estonian Defense Industry Association.

"It is very important for me to be here today as a Finnish unit is taking part of Spring Storm this year as well. I wish all participants of Spring Storm success and strength," Finnish defense attache Lt. Col. Antti Hauvala said.

Also personnel of the NATO battle group stationed in Estonia as well as personnel from allied and partner nations arriving in Estonia specially for the exercise will take part in Spring Storm 2019 taking place from April 29 to May 17.

While the bulk of the exercise will take place in the West-Viru and East-Viru counties, parts of it will affect also the Harju and Jogeva counties. The main portion of the activity will take place in the territory of the rural municipalities of Alutaguse, Luganuse, Johvi, Toila, Vinni and Viru-Nigula and the cities and towns of Kohtla-Jarve, Sillamae and Narva-Joesuu.