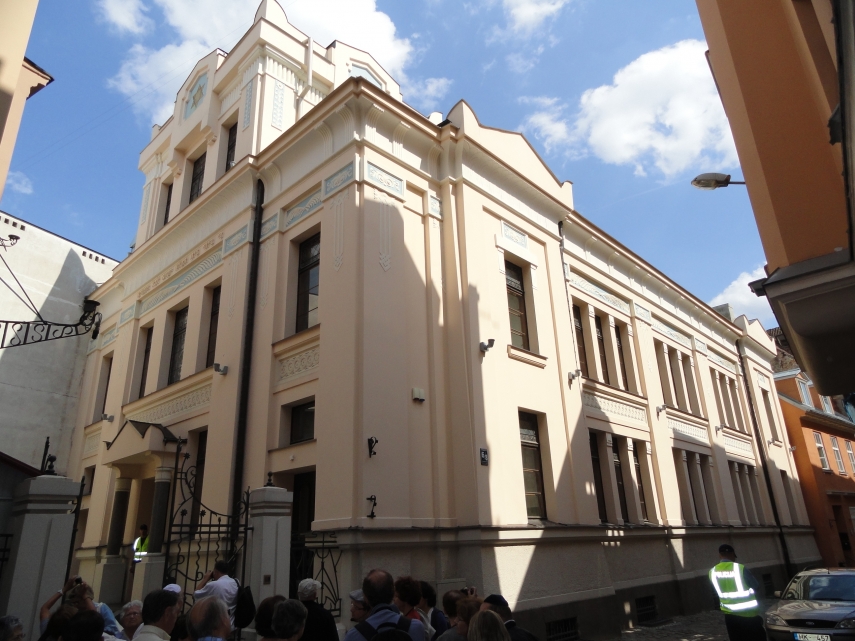 The Saeima (the Latvian Parliament) yesterday forwarded several draft bills to committees proposing the restitution of five formerly Jewish-owned properties to the Council of Jewish Communities of Latvia.

These properties are to be returned in order to mitigate the suffering Latvia's Jewish communities underwent during World War II. Concentration camps were located at Kaiserwald, near Mezaparks in Riga, and at Salaspils, also close to the Latvian capital.

Parliamentary committees will also decide whether to revoke restrictions on the property of the Jewish Community of Riga - the prohibition to alienate or mortgage the property. Amendments also stipulate that the property will not have to be returned to the state in case the community ceases to exist. The amendments concern a 1,122 square meter land plot and building at 6 Skolas Street.

There are estimated to be around 10,000 Jews currently living in Latvia - the largest number of any of the Baltic countries. This is barely 10% of Latvia's Jewish population before World War II.

Saeima speaker Linda Murniece announced her support for the motion - although her party, All For Latvia-For Fatherland and Freedom/LNNK, is against it. Saying that the Saeima would soon vote on the issue, she said she felt it was a "symbolic gesture" that should be approved. Murniece stressed that the problem of property restitution also includes a more extensive discussion about compensation for the lost properties. "Once we have started a discussion, it is our duty to continue it," Murniece said, adding that the Latvian Red Cross and Latvian Medical Association may also apply to have formerly owned properties returned.

Last night, the Saeima did indeed receive a request from the Latvian Red Cross for the restitution of more than 30 properties. These properties included the organisation's former clinic on Asara Street in Riga, ten hospitals, four sanatoriums in Tervete and Krimulda, a prosthetics factory on Pernavas Street in Riga, a nursing school, among a number of others. Other requests for restitution came from advocate organisations and volunteer firefighters.