Latvian, British foreign ministers agree to keep working with international partners to hold Russia to account for its actions in Crimea 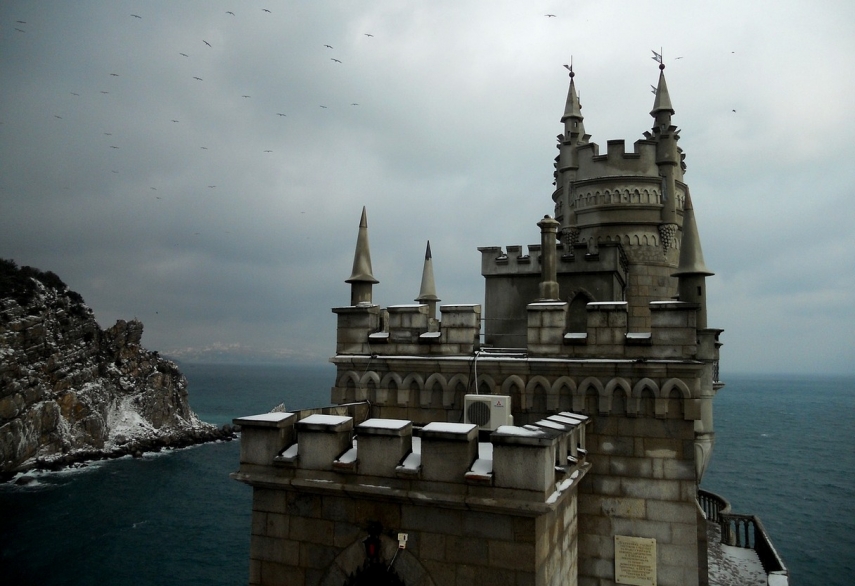 RIGA - On December 6, to mark the centenary of the international recognition of the Latvian state and 100th anniversary of diplomatic relations between Latvia and the United Kingdom, the Minister of Foreign Affairs, Edgars Rinkevics, and the Secretary of State for Foreign Affairs, Elizabeth Truss, met at Lancaster House, the headquarters of the Foreign, Commonwealth and Development Office in London, LETA learned from the Foreign Ministry.

As part of the meeting, the ministers signed a Joint Declaration of Cooperation through which the two countries commit to working together as part of a wider global network of liberty to deepen cooperation in the pursuit of spreading prosperity, sustainability and security in Latvia, the UK and beyond.

The declaration states the intention to build closer economic links between Latvia and the United Kingdom in key sectors including cyber and the digital economy, life sciences, research and development, technology, defense, energy and infrastructure.

Referring to the foreign and security policy, the declaration underlines the need to increase the effectiveness of armed forces – bilaterally, through NATO and the Joint Expeditionary Force, including opportunities for capability development such as Latvia’s acquisition of CVR(T)s.

“We remain fully committed to Ukraine’s independence, sovereignty and territorial integrity within its internationally recognized borders, and remain concerned by Russia’s threatening and destabilizing behavior towards Ukraine. Russia must fulfil the commitments it made at the Paris Summit in December 2019 and under the Minsk agreements. We will keep working with international partners to hold Russia to account for its actions in Crimea. We support Ukraine’s Euro-Atlantic integration and the implementation of the judicial and governance reforms required to build its resilience and attract foreign investment. We will also continue our joint contribution to stabilizing the security situation in Eastern Partnership countries through international civilian missions, and reaffirm our continued support for the sovereignty and territorial integrity of each of the countries in the region,” the Declaration reads.

After signing the Declaration, the two ministers and the Ambassador of Latvia to the UK, Ivita Burmistre, lighted a Christmas tree given by Latvia as a gift. This year, decorations in the tree bore a logo symbolizing the centenary of diplomatic relations between Latvia and the UK. In the official ceremony, Foreign Minister Rinkevics, thanked the UK for close friendship and support for security in the Baltic region, and he expressed a wish for future cooperation that would further promote the economic growth of both the countries.

Latvia highly appreciates and thanks its British Allies for their support for the nascent Latvian state and during the War of Independence, as well as for pursuing the policy of non-recognition of the Soviet occupation, thereby ensuring the continuity of Latvia’s statehood, said Rinkevics. The Minister underlined that today, Latvia and the United Kingdom are close allies in NATO, and the British armed forces continue contributing significantly to Euro-Atlantic security through the presence of more than 700 troops in the Baltics.

A Latvian tree being presented as a gift to the British Diplomatic Service has become a tradition, and it is a public diplomacy project to mark the centenary of the state of Latvia. To demonstrate the important role of timber processing companies in the business cooperation between the two countries, support for project is provided by Romfords Ezernieki tree nursery in Valka Municipality, Jaunzeltini, BYKO-LAT timber company, the Latvian Forest Industry Federation, and the National Plant Protection Service.

The London Latvian Choir in their colorful national costumes contributed to the festive atmosphere of the event as they performed Latvian and British Christmas songs, thereby also highlighting the vital role of the Latvian diaspora in the close relationship between the two countries.