Latvia willing to participate in establishment of pan-European prosecutor's office 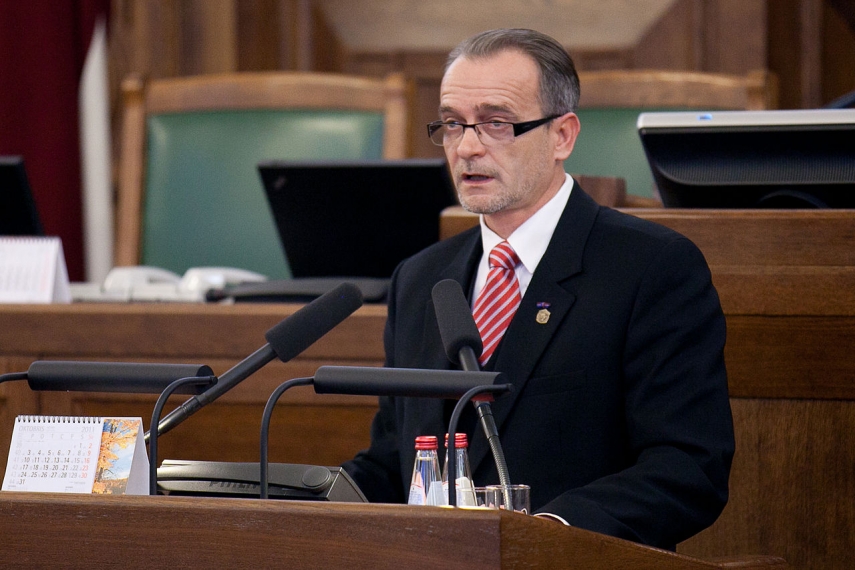 RIGA - Latvian Justice Minister Dzintars Rasnacs (National Alliance) today sent a letter to the European Parliament, the Council of the EU and the European Commission, stating that Latvia was willing to participate in closer cooperation towards the establishment of the European Public Prosecutor's Office (EPPO), the Justice Ministry said.

Rasnacs said that Latvia wanted to be among the EU member states cooperating closely towards the establishment of a pan-European prosecutor's office so that it could participate in the discussion of the EPPO Regulation and creation of the EPPO.

The Latvian parliamentary committee on European affairs today upheld Latvia's national position on the proposed EPPO Regulation at the meeting attended by the justice minister and the Prosecutor General, Eriks Kalnmeiers. The national position expressing Latvia's support to the proposed EPPO Regulation and willingness to begin closer cooperation towards the establishment of the EPPO was approved by the Latvian Cabinet of Ministers on April 18.

The EPPO will be an independent EU body with the authority to investigate and prosecute EU-fraud and other crimes affecting the Union's financial interests.