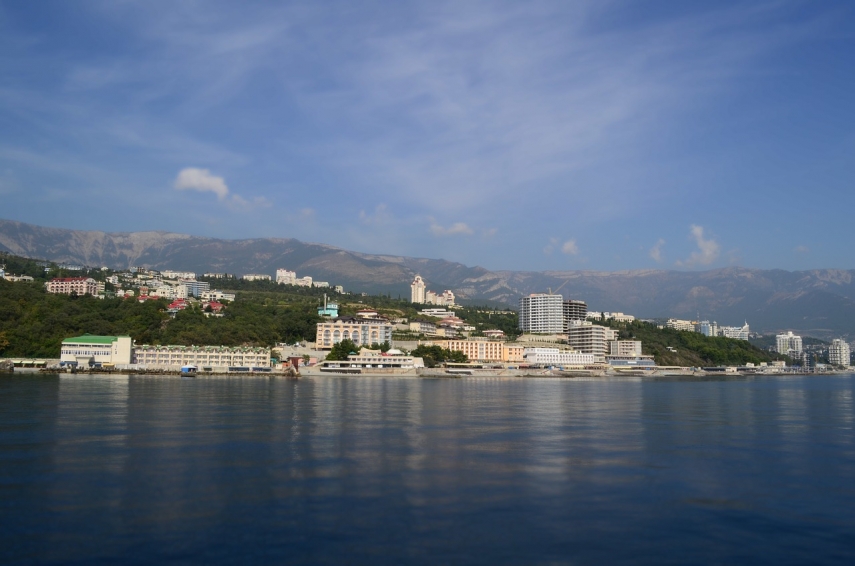 RIGA - Latvia follows and will continue to follow a strict policy of non-recognition of Crimea's annexation, not letting the issue disappear from the international agenda, Saeima Speaker Inara Murniece (National Alliance) said while meeting with representatives of Crimea Tatars during her official visit to Kyiv.

As LETA was told at the Saeima press office, Murniece noted that today we remember the crimes against Crimean Tatars committed by the Soviet regime. In her words, this day of remembrance is especially sad under the current circumstances as the indigenous people of Crimea have lost their native land again and are suffering persecution.

The Saeima speaker underlined that the Latvian parliament has recognized the deportations of Crimean Tatars as genocide.

Honoring the memory of deportation victims, on the 77th anniversary of the Tatar deportations, the flag of Crimean Tatars was flown at the Latvian embassy building in Kyiv. Refat Chubarov, leader of the Crimean Tatars, stressed that fast action is needed, because  left without its land, such a small nation faces extinction.

In Kyiv, Murniece also met with Ukrainian filmmaker Oleg Sentsov, who had been jailed in Russia, as well as other representatives of a platform for the release of political prisoners. Participants of the meeting agreed that the international community must not forget that many Ukrainian patriots remain imprisoned in Russian-controlled parts of Ukraine and in Russia and that it is necessary to demand their release. The platform's representatives called for raising the issue on the international level to put pressure on Russia.