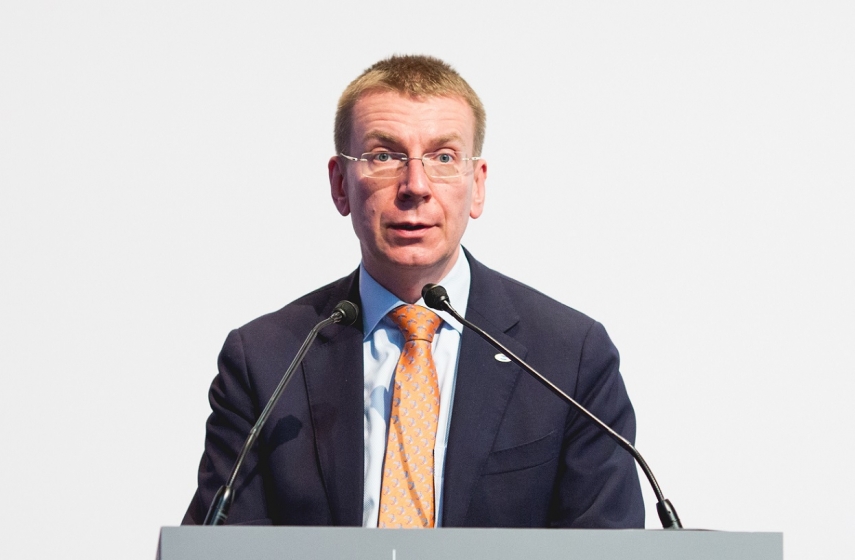 RIGA - On September 16, at the meeting of the European Union (EU) General Affairs Council in Brussels, the Minister of Foreign Affairs, Edgars Rinkevics, underlined that Latvia stands up for timely agreement on the EU's Multiannual Financial Framework for 2021–2027, while at the same time the schedule should not affect the quality of decisions, LETA learned from the Latvian Foreign Ministry.

At the meeting, the Finnish Presidency of the Council, in advance of the European Council meeting on 17–18 October, informed the ministers about the state of affairs and progress in negotiations on the EU's Multiannual Financial Framework.

The Foreign Minister restated Latvia's position in negotiations on the multiannual budget. We will continue standing up for our key interests, which lie in ensuring sufficient funding for the Cohesion Policy and the Common Agricultural Policy, and we will advocate the convergence of direct payments in the next planning period and support for rural development, and we will further highlight the importance of the Rail Baltica project, said Rinkevics.

The Council also held a discussion on the strengthening of the rule of law within the Union. Minister Rinkevics underlined that Latvia's position has been consistent: the EU is a union of values, and consequently all EU Member States should apply the highest standards of the rule of law, democracy and human rights. Latvia supports strengthening the rule of law and the synchronization of the existing instruments with the new ones.

At the same time, all the instruments should be clearly defined and non-discriminatory, and they should not create an additional administrative burden; neither should they change the institutional balance enshrined in the treaties. Rinkevics underlined that dialogue and cooperation is the best strategy for addressing the rule of law related challenges in the most effective manner.

The Council reviewed Hungary's position as part of the Article 7(1) TEU procedure. The procedure concerning Hungary was triggered in September 2018 by the European Parliament.

The meetings of the General Affairs Council are held on a monthly basis, and in the second half of 2019 they are chaired by the Finnish Presidency of the Council of the EU.