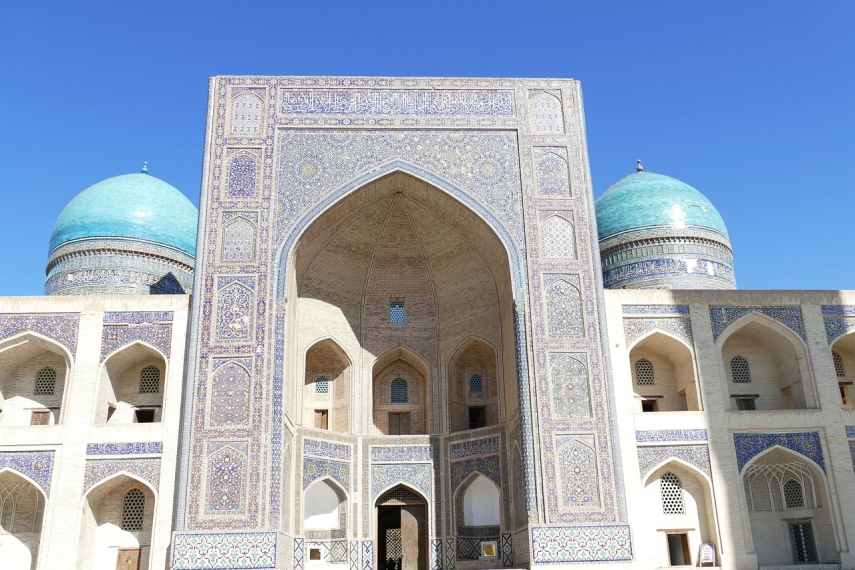 RIGA - On February 8, Latvian Foreign Minister Edgars Rinkevics (New Unity) together with a large business delegation from Latvia, arrived in Tashkent, the capital city of Uzbekistan, as part of a working visit, LETA learned from the ministry.

During the meeting with Uzbekistani officials, the bilateral relations between the two countries were discussed, in particular, economic contacts, cooperation between the European Union and Central Asia, as well as current issues concerning international relations in the region, including with Kazakhstan and China.

The Latvian Foreign Minister drew attention to the 30th anniversary of the establishment of diplomatic relations between Latvia and Uzbekistan. He noted that cooperation between the two countries is evolving in a dynamic manner: a regular political dialogue and constructive cooperation is taking place in various sectors, with the embassies in Tashkent and Riga playing a major role in that respect. Latvia is interested in further pursuit of an active political dialogue, and we are considering a possibility for organizing political consultations in the second half of this year, Rinkevics said. He also invited the Minister of Foreign Affairs of Uzbekistan to visit Latvia.

The Latvian Foreign Minister added that Latvia would continue providing political and practical support for Uzbekistan both bilaterally and in the EU framework. Latvia will support Uzbekistan in its reform efforts and promote business cooperation, Rinkevics noted, while welcoming the reforms initiated, in particular, in human rights matters, which are of special importance for the development of cooperation between the EU and Uzbekistan.

The Foreign Minister expressed Latvia’s support for reforms in Uzbekistan in the framework of development cooperation. Uzbekistan remains a priority partner country for Latvia in its development cooperation, said Rinkevics. We are working in bilateral, EU and multilateral formats: in association with other donors, we will continue investing in Uzbekistan’s young professionals through support for the Advanced Program in European Law and Economy at Riga Graduate School of Law. There is an intention to implement in Uzbekistan the first pilot project by the Investment and Development Agency of Latvia on the transfer of expertise in support of good governance and the rule of law, including in the areas of digitalization and gender equality, Rinkevics underlined.

The Latvian Foreign Minister drew attention to Uzbekistan being the largest trade partner to Latvia in Central Asia. Regardless of decrease in trade under the impact of the COVID-19 pandemic, a future growth in economic cooperation is envisaged after the crisis. Latvia sees trade, transport, education and science, agriculture, forestry, veterinary services, green technologies and tourism as promising sectors in that regard. We support cooperation in the field of information and communication technologies. The large business delegation and the participation of the top management of the Investment and Development Agency of Latvia and the Latvian Employers’ Confederation is proof to the great interest among Latvian businesses in cooperation with Uzbekistan, the Latvian Foreign Minister underlined. He commended the work of the Intergovernmental Commission, which is an effective instrument for the development of cooperation between the two countries.

The parties also exchanged opinions on cooperation in international organizations. Rinkevics underlined that the Central Asian region was high on the EU’s agenda, with Latvia being one of EU Member States that actively advocate the strengthening of relations between the EU and Central Asia. The EU is prepared to deepen its engagement with the region, seeking to strengthen its security, resilience and long-term development. That is of special importance at the time when several destabilization risks are present, for instance, the Afghanistan crisis, developments in Kazakhstan, and the Kyrgyzstan-Tajikistan border conflict. The Minister expressed support for the signing of the EU-Uzbekistan Enhanced Partnership and Cooperation Agreement (EPCA). We regard Uzbekistan as a cooperation partner to the EU and NATO in promoting security and stability in the region, Rinkevics emphasized. He thanked Uzbekistan for support offered to NATO Allies during the mission in Afghanistan.

The Minister also thanked the Uzbekistan for its understanding and rapid response in relation to the hybrid attack by Belarus on the EU’s borders through restricting the transit of third country nationals via Uzbekistan to Belarus in November last year.

On the first day of his visit, the Latvian Foreign Minister met with senior Uzbekistani officials: the Chairperson of the Senate of the Parliament of Uzbekistan, Tanzila Narbaeva; the Minister of Foreign Affairs, Abdulaziz Kamilov, the Special Representative of the President of Uzbekistan for Afghanistan, Ismatullah Irgashev; the Minister of Agriculture; and the Co-chairman of the Latvia-Uzbekistan Intergovernmental Commission, Jamshid Khodjaev.