Latvia wants to be in the core of EU 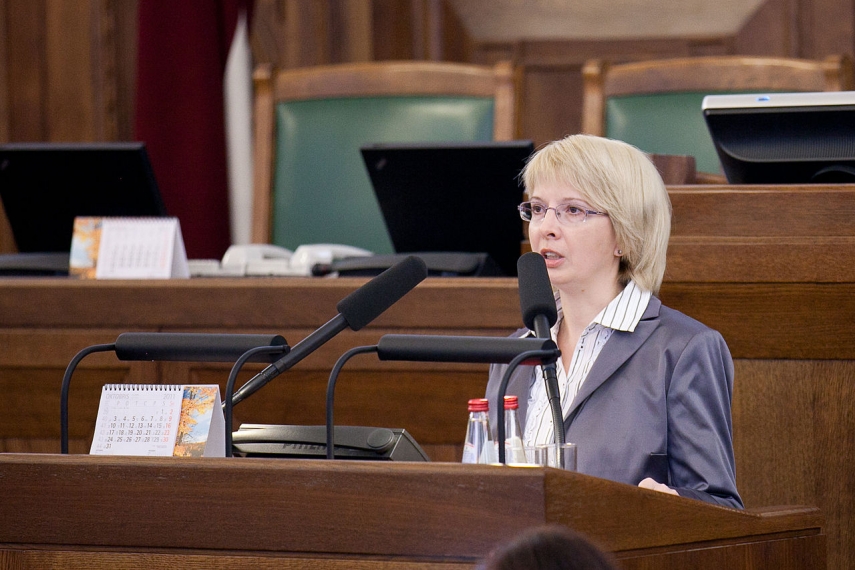 RIGA - Latvia wants to be in the core of the European Union (EU), Saeima Speaker Inara Murniece (National Alliance), said during a meeting with Calin Popescu-Tariceanu, President of the Senate of the Romanian Parliament, in Riga today.

LETA was told at the Saeima press office that both speakers agreed on the importance of the EU’s unity. The Romanian Senate speaker noted that cohesion and solidarity must remain the bloc’s foundation also in the future as it has been the basis of the EU’s growth and prosperity.

She also wished Romania to successfully prepare for its upcoming presidency of the Council of the EU in 2019 and expressed readiness to share Saeima’s experience regarding the presidency’s parliamentary dimension, which Latviaobtained in 2015.

The Saeima speaker also said that Latvia and Romania have to unite forces to strengthen NATO presence in the region, both in the Alliance’s east and the southeast.

Both officials agreed that Latvia and Romania are facing similar security challenges. The presence of NATO forces in the two countries sends a strong signal of unity and NATO’s readiness to defend each member state, the politicians said.

Speaking of developments in Ukraine, Moldova and other Eastern Partnership countries, Murniece and Popescu-Tariceanu stressed the significance of the Eastern Partnership initiative, which enables partner countries’ closer cooperation with the EU, ensuring at the same time an individual approach. Latvia firmly supports the EU’s practical deeper cooperation with the partner countries in various areas, Murniece said.

The Saeima speaker reiterated Latvia’s unchanging support for Ukraine’s sovereignty and territorial integrity. Both Murniece and Popescu-Tariceanu said that EU sanctions against Russia must remain in force until full implementation of the Minsk agreements.