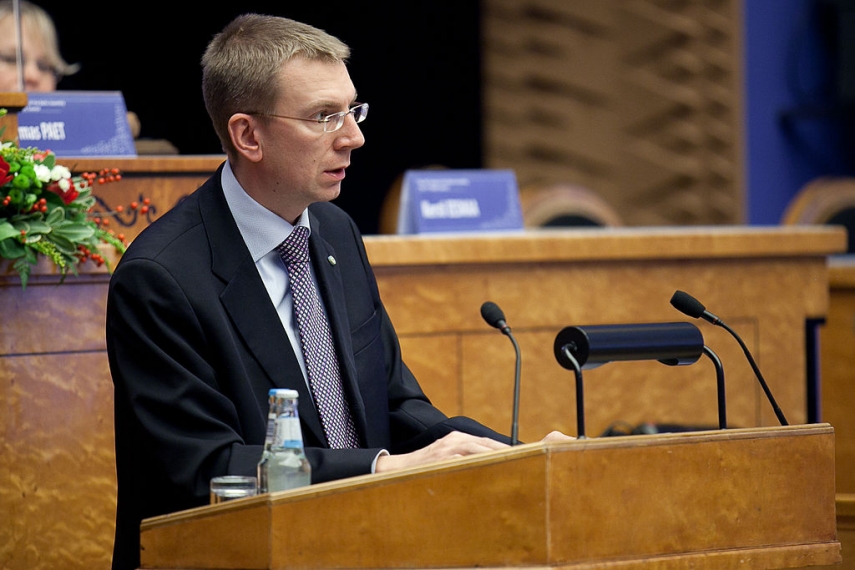 As reported, the Saeima Foreign Affairs Committee supported the proposal denouncing Russian authorities’ failure to properly investigate the death of Russian lawyer and auditor Sergei Magnitsky and imposing sanctions against persons involved in the Magnitsky case.

Asked whether the Foreign Ministry is participating in this process, Rinkevics said that the ministry had voiced its opinion to the committee. The ministry said that the parliament is well informed about decisions of other countries and Russia’s response to them in relation to Magnitsky case. "We have discussed the possible consequences. Of course, we can expect Russia to make certain steps, imposing sanctions on some Latvian-made goods and including certain Latvian officials and journalists on its black list," the minister said.

In the draft resolution, lawmakers from various parliamentary factions represented in the Foreign Affairs Committee will call on the Cabinet of Ministers to add the persons involved in the Magnitsky case to the list of foreigners undesirable in Latvia, denying them entry into Latvia.

Russian lawyer Sergei Magnitsky died in a Russian prison in 2009 after uncovering a 230-million-US-dollar tax fraud scheme. Magnitsky's supporters blame Russia's authorities for the lawyer's death, saying that he was unjustly imprisoned and did not receive proper medical care for 358 days until his death. The Kremlin denies the allegations.