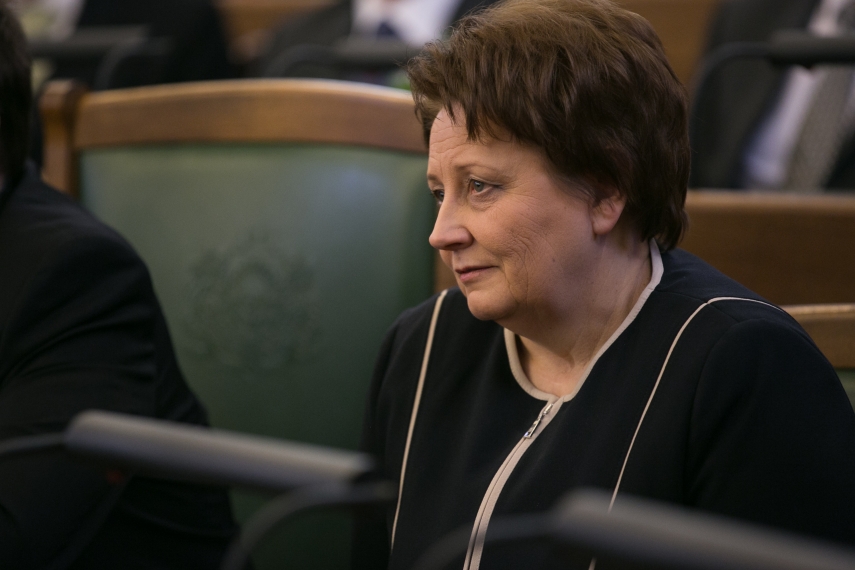 Laimdota Straujuma, the Prime Minister of Latvia, said today that she is not intending in stepping down, in spite of rumours that members of some coalition parties are looking for a new candidate for prime minister.

''I am not intending on stepping down, despite what you might be hearing in the media,'' the Prime Minister told members of the press today after answering a question about whether she believes her government will be able to stay together for the full four-year term of office.

As reported, several politicians from the Union of Greens and Farmers, which governs in coalition with Straujuma's party, Unity, have unofficially expressed the belief that Latvia will have a new prime minister within a year, and that the party may put forward current Economy Minister Dana Reizniece-Ozola for the post. Defense Minister Raimonds Vejonis has also been mentioned as a possible candidate, but his chances are considerably smaller due to his spats with Aivars Lembergs, the party's ''eminence grise'' and one of Latvia's so-called oligarchs.

These representatives of the Union of Greens and Farmers claim that a new PM is being sought because they believe Straujuma does not want to head the government for four years.

Meanwhile, politicians from Unity and All for Latvia!-For Fatherland and Freedom/LNNK have told LETA, off the record, that they believe that the Union of Green and Farmers is deliberately attempting to weaken the positions of their coalition partners, as well as Prime Minister Straujuma.

As reported, Lembergs, currently on trial for serious fraud and money laundering in Latvia, was named one of the country's three so-called oligarchs by former Latvian President Valdis Zatlers.