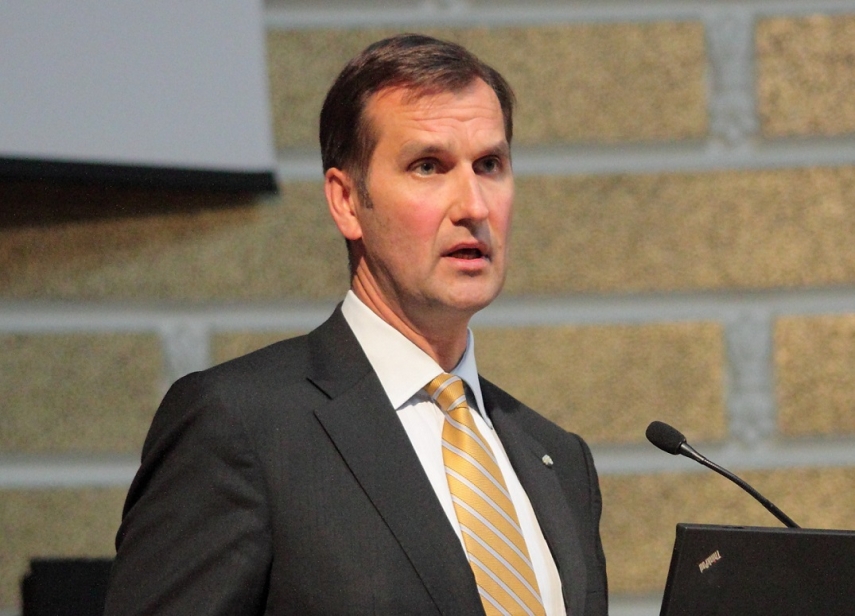 "The Rail Baltic high-speed European gauge railway line project to link Tallinn, Lithuania, Poland, and Germany is a big project that I think might be interesting for Russian business people. And there are plans on how we will connect the track that exists in the former Soviet Union territory and other countries with the new main railroad, the construction of which will start as early as 2021," Riekstins said.

The issue of financing the high-speed rail project has been studied, he said.

"There is going to be a point near Riga, where we believe we could take a part of the cargo flow coming from Russia and put it on the rail line, or otherwise, a part of goods transported from Russia could be redirected to Riga Airport to be further transported by air. There will be interesting opportunities in the future," Riekstins said.

He additionally unveiled an electrification plan with regard to the Latvian rail network's segment leading to the Russian Federation aimed at reducing cargo transportation costs.