Latvia bristles against the Istanbul Convention combating violence against women 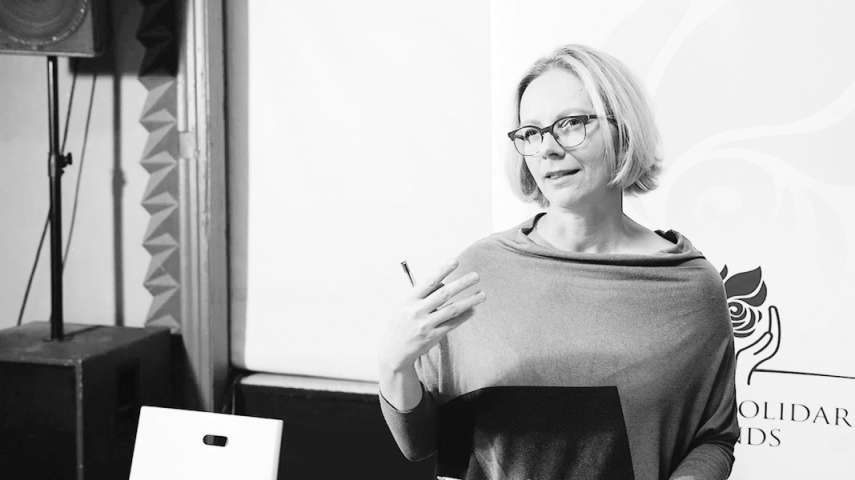 Dace Kavasa is founder of Evolve Sia, a consultant on gender equality and diversity 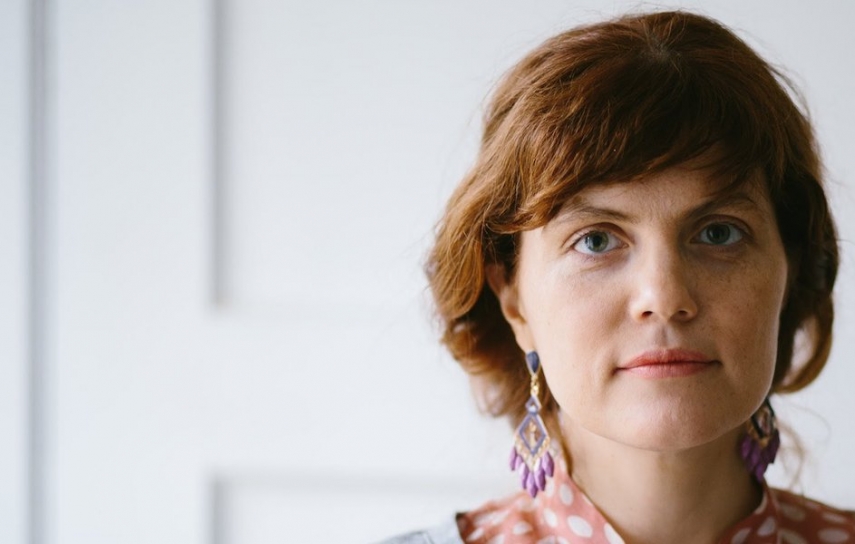 According to the European Institute for Gender Equality (EIGE), an autonomous body of the European Union based in Vilnius, 39 per cent of women in Latvia have experienced physical and/or sexual violence since the age of 15, some 6 per cent higher than the EU average. In Latvia, 6.8 per cent of women experienced violence during the last 12 months, with 60 per cent also suffering psychological abuse from their partners. Latvia is placed seventh in the EU for the level of violence and abuse women experience. According to EIGE estimates, the financial cost of intimate partner violence against women in Latvia amounts to €442 million per year.

The debate over the Istanbul Convention’s ratification has become a politicised issue with Latvia’s political cauldron also being stirred by Latvia’s four religious leaders, archbishops Zbignevs Stankevics of the Roman Catholic Church, and Janis Vanags of the Evangelical Lutheran Church of Latvia, metropolitan Aleksandrs Kudrjasovs from the Latvian Orthodox Church and bishop Peteris Sprogis from the Union of Baptist Churches in Latvia. Religious influence has been viewed by some as being exerted on the Latvian Green Party and the Latvian Farmers’ Union party politicians (who are now opposed to the convention) in calling for opposition of the convention’s adoption by the government.

The award-winning Latvian poet, novelist, playwright and theatre director Inga Gaile believes that large-scale domestic violence against women as well as rape remain a grave problem in Latvia, even though major law reforms have been implemented in recent years. “Sex was a taboo theme during the Soviet period in Latvia, and it’s still so today. Everyone was frustrated during the Soviet period because there was no such thing as sex. Nobody knew how to talk about it. I think that almost every woman over the age of 30 in Latvia has been raped or sexually violated,” Gaile told The Baltic Times.

“Also this right-wing stress on a ‘kind of’ Christianity ideology mixed with some strange patriarchal metaphysics popularises the idea of  a woman being some kind of servant or helper to a man and being useless without one. This ideology is so prevalent and ingrained in Latvian society than even intelligent women sometimes mix up this urge to fit into society with her sexual needs or even with love,” Gaile continued.

“And from this ideology comes the fact that women in Latvia don’t even think about reporting casual rape or rape by their boyfriends or husbands. Because, you know, “Oops, I think he just raped me, but on other hand, I had sex, and my sister or girlfriends are still single. And if I tell him that what just happened was not OK maybe he’ll leave me. And then what?”

For Augusts Brigmanis of the Latvian Farmers’ Union, meeting with Archbishop Stankevics resulted in “several questions that cast doubt on whether ratifying the Istanbul Convention, such as it is, doesn’t contradict the Latvian Constitution.”

The Unity party is at present the only political party in the Latvian parliament that supports the convention’s ratification. Welfare Minister Janis Reirs is persisting in calls that it’s required. Reirs stated to Latvian Radio, “We fully support ratifying the convention, as the matters relating to violence and violence in the family haven’t disappeared anywhere, and this convention is opposed just to that [violence]. I don’t see any risks, and all EU countries, democratic countries, have supported adopting the convention, and more than half have ratified it, and nothing extraordinary has resulted from it.”

The Baltic Times was told by Stankevics‘ office to ‘take as his opinion on the Istanbul Convention arguments mentioned in the common letter of the Latvian bishops from year 2016’. The letter, signed by the four religious leaders, notes that the convention’s ‘ratification can affect every citizen of Latvia’. In their opinion, the convention contradicts the Latvian Constitution, and further makes it possible to impose on the country ‘a project of changing society based on gender ideology’.

Particularly problematic for the four religious leaders is Article 12 of the convention which obliges states to produce transformative equality through measures to ‘promote changes in the social and cultural patterns of behaviour of women and men with a view to eradicating prejudices, customs, traditions and all other practices which are based on the idea of the inferiority of women or on stereotyped roles for women and men.’

Dace Kavasa, the founder of Evolve Sia, a consultant on gender equality and diversity and an EIGE Expert Forum member for Latvia, ­­sees the current debate as being characterised as ‘fiction versus facts’. She sees Article 12 as being misinterpreted and believes that the view from Latvia’s religious establishment that ‘children will have to be taught to change gender, change clothes, and deny their sex’ is abused.

According to Kavasa, the religious leaders’ main argument with regard to Article 14 is that ‘children in schools will be forced to deny their sex and be sex neutral, and will be taught to change gender by day’. Also, fear of the gender word in the education articles comes from the previously mentioned need to discuss gender roles. They believe that men and women are born with specific purposes, therefore all roles are biological and not constructed by society and attitudes, therefore they’re non-changeable and non-negotiable. The subordination of  a woman to a man for them is ‘natural’, Kavasa said.

Latvia’s four religious leaders in general believe that the ‘convention doesn’t call for the fight against the true causes of violence, but opens the door for imposing on Latvia a social transformation project based on gender ideology that would run counter to the Constitution of the Republic of Latvia’.

Kavasa expects the activities opposing the convention to begin in March or April as pre-election moves of the National Alliance party and Union of Greens and Farmers, and is surprised it‘s already commenced so early.

“I’m not entirely sure why this is the case. What’s relevant in my mind are some context issues,” Kavasa said.

“The removal of Juris Rubenis [a Latvian Lutheran pastor who’s written more than 20 original literature and theology books] and his resignation in mid-February indicates that the church is much closer to the Ultra-Catholics and the branches of evangelists [US money] and is moving away from the Scandinavian/Germanic Protestant Church,” she believes.

At the same time, the forthcoming Latvian elections, Kavasa believes, “are a good move for the church to obtain influence and money in exchange for their pews people’s support for the parties.

Kavasa believes that if you start talking about violence in the family then the subordinate role of women promoted by the Lutheran and Catholic churches is to be questioned.

“Violence becomes a public issue rather than a ‘keep it in the family’ one, and it affects internal church processes indirectly, because the church can’t talk about their members’ family violence without looking at internal issues in the church, since it would be hypocritical. Thus the convention threatens their power”, Kavasa said.

The full extent of violence against women is difficult to estimate, as it continues to be under-reported and stigmatised, meaning that what actually gets reported is only a fraction of the reality. In Latvia, just over 60 per cent of the population tend to trust the police, some 10 per cent lower than the EU average. In the EIGE’s Gender Equality Index 2015 it was found that where people tend to have more trust in justice institutions, levels of disclosed violence are higher.

What are the facts? In a comments paper entiled ‘The EU Mutual Learning Programme in Gender Equality’ presented in Greece by Kasava in February 2018 on the situation in Latvia, she notes that 26 women (1.56 women victims of intentional homicide by perpetrators per 100,000 inhabitants) are being killed every year in Latvia.

The Latvian Ministry of Internal Affairs statistics on violent crimes show a steady picture of similar numbers in 2014 and 2016, with a slight (as yet unexplained) drop in 2015. Murders and deaths from injuries in total numbered 127 (2016) of which women constituted 45 per cent. Furthermore, 47 cases (or 37 per cent) of all deaths were within the family setting, and 30 (or 63 per cent) of those were women. Women are primarily murdered by people within the family, and 16 per cent of them murdered by their partners. Rape numbers have decreased, with 40 criminal cases in 2016 compared to 51 in 2014.

Victims in Latvia are provided protection in 23 family crisis centres/women’s shelters with a total of 1,084 beds for women and children. The Skalbes Association, established in 1997, which provides a 24/7 helpline for victims of violence and abuse believes that the convention’s ratification would give warranty and certainty to laws and provide financial support for activities which would assist rehabilitating victims of domestic violence.

“We believe, that the convention will help improve Latvian law in the field of protection against violence,” Skalbes informed The Baltic Times.

“To be able to deal with this safety issue, we first have to recognise it and accept the facts at face value. Stop denying it. Denial came through the #metoo aspect very well. Victim or survivor blaming is the norm. So we should stop that. Accept and figure out what are the reasons for violence. Therefore the Istanbul Convention is a tool to strengthen Latvia’s commitment internationally, and to make a clear position statement through that. Violence against any family members for whatever reason isn’t going to be tolerated,” Kasava vehemently believes.