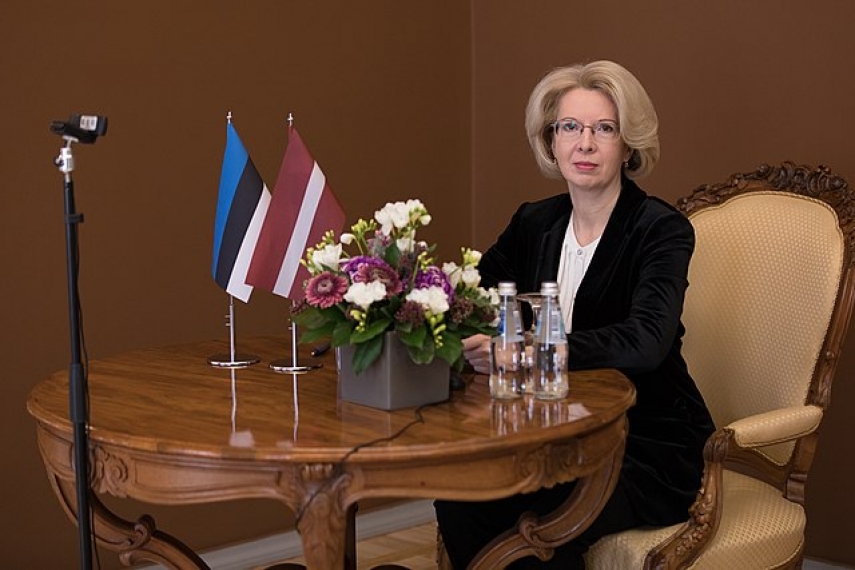 RIGA - In their second century of independence, Latvia and Estonia are close friends and like-minded nations and must continue on their Baltic and European path together also in the future, Saeima Speaker Inara Murniece (National Alliance) said as she greeted Estonia on the 30th anniversary of restored independence in Tallinn on Friday.

As LETA was told at the Saeima press office, looking back in the two neighbor countries' history, Murniece noted that a century ago Latvians and Estonians fought shoulder-to-shoulder in Freedom Battles and 30 years ago the tow peoples stood united in the Baltic Way human chain.

To mark the 30th anniversary of the restoration of Estonia's independence, the Saeima speaker along with the speakers of the Baltic, Icelandic, Polish and EU parliaments  attended a flag-hoisting ceremony in a park outside the Riigikogu, Estonia's parliament, and a service in St. Mary's Cathedral in Tallinn. Murniece laid flowers at an August 20, 1991 memorial and planted trees in Kadriorg Park.

Velta Cebotarenoka, president of Latvia's May 4 Declaration Club, also took part in the celebrations in Tallinn dedicated to the 30th anniversary to the restoration of Estonia's independence.